A pirate forgot his treasure in a cave in the waterfalls near the traitorous nest of the feared Hydras.

Near Forbidden Lands in Tiquanda

Depending on the route you take, you may face all of the creatures listed above on the way to and from the Pirate cave. It is marked as light grey in your minimap. NB: If you are coming from the south watch out for any lured Hydra!

Follow the cave to the west, and go up the many holes.

Then swim north one sqm and you'll get teleported behind the waterfall wall. 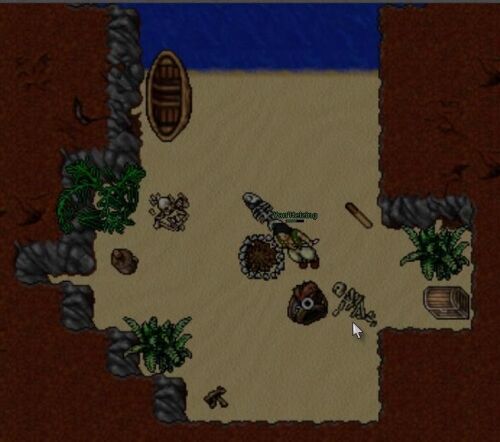 Note: you cannot move anywhere else after you have fallen down the waterfall, just north, to get into the cave.

Retrieved from "https://tibia.fandom.com/wiki/Waterfall_Quest/Spoiler?oldid=749509"
Community content is available under CC-BY-SA unless otherwise noted.