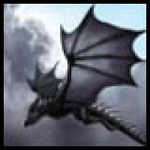 Hello all. I look here at least every sunday so don't worry i will read your message.

I added the information on the winged helmet once again. im not sure why you took it off. If you have a character on Calmera you should log on and message Silver Skan. He is very nice and will show you the helmet if you ask him. He is proud of it! He showed it to me and told me that he recieved it as a gift several years ago. Rage of Morpheus 16:27, 3 April 2009 (UTC)

I played on Calmera some time ago (dont play any more cause noobs + non pvp) and never heard about winged helmet there so i thinked it was a scam or something. If not, sorry. Tazi 16:35, 3 April 2009 (UTC)

lol, yes, there are TONS of noobs there. I play mostly on Dolera because of it. But the Winged Helmet is real, and he will show it to anyone who wishes to see it. Rage of Morpheus16:48, 3 April 2009 (UTC)

I answer with a question. Why you put quara bosses into quara scout pleace and move quara scouts up to quaras? Tazi 13:51, 7 April 2009 (UTC)

I'm free account, and they changed the exp -.- Now it's 450, and he's immune to invisibility and the video is good and can support someone that want to know him.

Why did you upload another version of that image?
I don't see anything wrong with the other version.

The last one doesn't appear in blue legs page and on my user page in my eq. I also asked my friend and he had the some problem with only this image, so i decide to upload new version. Don't know what was wrong before my change but after that all seems be good. Tazi 10:07, 13 June 2009 (UTC)

It's weird because I uploaded that image 1.5 year ago and nobody have complained about any problem.
Maybe the image servers are having troubles again.

Just thought I would tell you incase you didn't know but the __NOWYSIWYG__ is meant to disable the "rich text editor"? which could be what prevents the new loot stats parser from making bugs so it should be on all the /Loot Statistics pages, atleast what I understand about it. :) beejay 00:00, March 8, 2010 (UTC)

Retrieved from "https://tibia.fandom.com/wiki/User_talk:Tazi?oldid=338068"
Community content is available under CC-BY-SA unless otherwise noted.