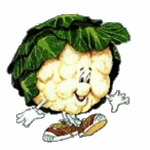 Welcome to this Wiki Cauli92,

This is an English wiki about the game Tibia. If you are new to a wiki in general, you could use some beginner help. To make correct edits we suggest you to also read our standards and policy.

Leave a message on a talk page of an administrator if you have any questions. You should sign your messages on talkpages using 4 tildes (~~~~). This will result in displaying your name and time you put it there below your message, so we know who needs help.

Good luck with your edits and we hope you feel at home soon!

He undid it because there have been quite some posts on the Tibian forum lately complaining about 1000 still existing troughs in doorways after server save. Six's trick doesn't seem to work. -- Wouterboy (talk) 16:05, April 25, 2014 (UTC)

Well, donno if I'm going crazy or there was some problem with my browser/wikia, but i could swear it didn't look like that when i edited it back. As obviously you are right, i will undo the unding, thanks for pointing out. -- Cauli92 (talk) 18:08, July 17, 2014 (UTC)

Hey Cauli, thanks for adding the mount parts of this update. I've been trying to obtain them because the names CipSoft gave us were incorrect on test.tibia.com forums and their graphic was unavailable; unfortunately it's not easy to find a team for things which are inherently unattractive.

If you can, could you please move or reupload the appropriate files to their image names? The unused sprites for this update can be found at Updates/10.7#New_Items.

Hey Six, no problem at all, I would do that earlier, but forgot to write down which boss dropped which item, so it all got delayed. I was planning to cut sprites myself, so I'm glad you pointed me to that page, saved me some time!

And sorry for all the mess that came along, I didn't really know how to put everything together. I bet you or some other admit will polish it later, and if you do, it might be worth it to mention that you will not drop anything from bosses(Terror, Horror, Maxxen) during the quest, only the 2nd time you slay them.

I usually leave a message to people who contribute significant information or information that would be hard to get, to let them know their contributions have been noticed and appreciated. Unfortunately we don't have many contributors who are able to add info on the new hero quest or related items, so it's kind of a big deal.

If you're able to provide more information there's a bit still missing:

tibiacast:recording:2328559 Together they make full quest.

Some comment: It's all just running from room to room, saying hi, turning strange mashines, then slaying bosses, so not much changes after 2nd boss. At self reducing room you need to use bodies of elementals on the oven, there's time limit on that, but it's nothing short for sure. At Maxxen, there are 4 batteries that are biggest concern - once they active themselves(their name will appear), you have around 10 seconds to either slay them, or run from their ue-range, as it hits few ks, and can down even 400ek. Hit seems to be energy, so well-timed shockwave ammos could do as well, however, as eks lose charges on them in a moment(by being hitted by monsters he block) it's recommended not to try luck on that. Also you need to pay attention to wasp which appears next to batteries from time to time, it hits few k from the beam.

Mino and Bomb are almost exactly the same, you just need to slay them before they reach the wall and that's it. Mages should use demon skeletons as Fire Elemental can be one hitted easily. Raids are harder part, you need to take down special monsters firstly, as they constantly spam a lot of monsters.

On mino area they are called Minotaur Totems and spawn monsters like Minotaur Invaders and Glooth Powered Minotaurs. Latter one looks exactly like Moohtant and needs to be either trapped by energy walls or led to special sqm, once he steps on it, he loses his power, but before that, he's almost unkillable.

On tremor worm area they are called Unstable Tunnels, and spawn monsters like drillworms, glooth anemones, elder wyrms and behemoths. They look exactly like hidden holes that someone walked into, but they are monsters.

Oh, and worm itself should be camped in this spot:

As he appears there more often than on others.

And unfortunatelly, i haven't seen a raid on Bomb area, so i cannot tell you anything about it.

Thanks. I've got the maps now if you want to remove them from your Drive.

I've been around some of the raids so I know what they're like, but don't fully understand what triggers them etc..

I know the minotaur breaking the wall triggers the minotaur raid, but I don't think the invaders are spawned by the totems, I think they just spawn on their own. The totems will heal them too.

I was with a friend when we tried our luck at the worm, but since he teleported every 10ish seconds we decide to split up and hit it as much as possible before he left. A few seconds later I die and he barely makes it out alive because there are large spawns of monsters all over the cave. I don't know why they spawned, because if they spawned every x minutes there would've been a lot more there when we arrived, and we barely hit it so it's probably not a HP trigger.

Not sure about bomb raids though. I think there are no raids, just increased respawn amounts, but I can't say for sure.

Actually, I'm pretty sure totems and unstable tunnels are responsible for majority of spawn - While the raid triggers normal resp as well, for example worm priestesses, moohtants etc, majority of spawn will give you no exp or loot, they are simple summons and will reappear almost the same moment you kill them - the only way to stop them is to kill their source(totem/tunnel), we did it so many times and always worked like that :P

About the rot, next time you should just both stand on the place i pointed you to earlier, it will jump on that spot for even half of his total existance time. However, I still wouldn't recommend killing him as 2, while it maybe is possible, you would probably waste hours.

Yes, I do mean Energy Pulse, but I was a little wrong. It works like that: Glooth-Generator(objects) actives itself after random(?) amount of time and a name/health points appear on him(object disappears, monster appears). After that, you have something between 10-15 seconds to kill it, else Energy Pulse will appear on the sqm next to destroyed generator. And when it does, it will shoot ue-sized energy hit for 5499(or more?) health points within one second or so.

Monsters you mentioned at the end are just to add flavour indeed, at least it seems so, they have a lot of hp and may be quite annoying if they don't stick to eks :P

Also, about the raids, we both were right and we both were wrong - on Tremor Worm for example, Unstable Tunnels constantly spawn Drillworms and sometimes Behemoths, but Glooth Anemones(loads of them) have special raid respawn every few minutes. Wyrms and Elder Wyrm seem to spawn regularly, wheter there is raid active or not. -- Cauli92 (talk) 23:50, December 28, 2014 (UTC)

Oh, such a spammer I am, forgot to put following messages: When generator starts to charge you will see orange text: "THE GLOOTH GENERATOR CHARGES UP FOR THE A LETHAL EXPLOSION" And when it hasn't been killed on time, and pulse appears: "The fully charged generator explodes in a blast" -- Cauli92 (talk) 00:10, December 29, 2014 (UTC)

Ok, im new, and i didnt know you, i thought you was another vandal xD

Hello there DM,
Since I can't see the option to rename the file(only to replace it with new version), once the outfits were officially anounced in news on tibia.com, I have re-uploaded them with their proper names here, here, here and here(last three are mounts). They are already categorized, visible and all, therefore no action is required.
Thank you for your concern, though! -- Cauli92 (talk) 00:11, May 4, 2015 (UTC)

Hey Cauli,
have you received the email I sent you ~1 week ago?

Hey Cauli, Since you have admin rights, you can now remove some wrongly named images like File:Un_Female_0.gif, I'm asking you because you probably know best which ones you uploaded. You probably already know, but for future reference: if new outfits are introduced and you upload them like "New Outfit 99.gif" and later the name is published, you can just rename the image instead of uploading a new one and deleting the old one.

Hey Bennie,
I have scheduled them all for deletion few days ago, You can even see DM asking about that case on my talk page, in the topic just above this one :p
Of course, though, I will delete them myself, now that I can. :D Thanks for the tip about how to pre-name new outfits, I did not know that! Only I've heard about renaming them, but I was unable to do so, having no proper rights(until now, mwahaha!).

Maybe you can help me out. There are only a few NPCs left from the project I've been busy with lately, they are listed here. Some of them just have various locations, so I'm still thinking how to solve this. Some however, are located in Rathleton city, but I'm afraid of dieing when going there solo. But you are high lvl I think :) So it would be awesome if you could find Mapper locations of:

Also, I can't access the Warzones, maybe you know the locations of:

Also, I've never been in Devovorga's layer, maybe you remember the location of:

Also, maybe you did Liquid Black Quest and remember the location of:

Yeah I've been keeping an eye on recent activity and the number NPC pages edited by you was pretty insane! As I'm really glad to see such a commitment, helping out a little will be only my pleasure.

I wouldn't say I'm high level, but yeah, I'm high enough to explore such places. However, as I'm currently FACC in tibia, I had to back up myself with cast anyway, just to be sure of locations and not mess anything up. Did remaining Rathleton, Warzone and Devovorga NPC, and the Navigator has been edited by Wouterboy before I even got there, so you don't worry anymore about any of these NPC you have listed.

Goodluck with completing the project and feel free to ask if you need anything else.

Uhm. I have just followed your pattern from Statue (Guard) as their IDs are next to each other and I have overlooked the fact it's 15th Anniversary. Since they were almost surly implemented the same time, we need to remove the Implemented from all 3 of them.

Oops, my bad. I actually thought the Guard Statue was unique to the Realm of Dreams and therefore implemented in 9.44. I added Carlin Temple as a location when I saw it there, but forgot to remove the date of implementation. The IDs basically prove you're right in saying they were implemented in the same update (perhaps at the revamp of Carlin?). -- Wouterboy (talk) 14:12, June 7, 2015 (UTC)

Yeah, must be that. I have changed to 8.5 at all free of them now and added additional location of Guard. Shall we also make a dissambiguation page for Statues? There's plenty of them.

Retrieved from "https://tibia.fandom.com/wiki/User_talk:Cauli92?oldid=624866"
Community content is available under CC-BY-SA unless otherwise noted.