Throughout the lands of Tibia, NPCs, locations, literature, and lore refer and pay homage to other works, literary and otherwise. Some of these allusions are simple references to famous pieces, while others are based more extensively on external sources. Tibia contains many references to bones, and the game's very name is one of them. While these relations are not necessarily allusions because they do not refer to literary or similar works, these somewhat self-referential mentions of bones and other body parts are often found throughout the Tibian lands. The islands of Fibula and Calcanea, the landforms of Mount Sternum and Femor Hills, Villa Scapula and even the city of Thais reference these body structures along with the event creature Bones.

Bones represent just a small portion of references. Elsewhere in the world, allusions to literary works and life are found in many contexts. Some allusions may simply serve as inspirations or passing references, while others are nearly direct derivations of these famous works.

Many Shopkeeper NPCs take their names and goods from worldwide retailers. This trend is most noticeable on the island of Rookgaard, where nearly every shopkeeper's name bears a startling similarity to a real-life store. In the city of Venore, the famous Venorean Fashion Warehouse is home to many clothing designers whose names are similar to real-life fashion designers. While other cities have their own inspirations regarding NPCs, these two have clear and strong allusions to their respective themes.

As many RPGs do, Tibia makes references to historical and contemporary people in a variety of ways. Some Guard NPCs, for example, share their names with fitting celebrities, while some more historical and famous scientists and explorers were alive under similar names and shared their knowledge in some of Tibia's many books. Some other allusions are only mentioned briefly in quotes, but the strength of these connections makes these references clear to those who know to look for them - connections like the desert city of Ankrahmun, to Tutankhamun, the most famous of Egyptian pharaohs.

J.R.R. Tolkien's Lord of the Rings and associated anthologies, the quintessential sources of modern fantasy inspiration, are featured prominently three of Tibia's earliest and largest cities. The names of the NPCs in Ab'Dendriel and Thais might look familiar to players with a knowledge of Tolkien's lore. The dwarven city of Kazordoon similarly bears a remarkable resemblance to the famous Khazad-dûm, the city ruled by Durin, the king of the Dwarfs.

Many creatures and NPCs seem to be fans of the silver screen. Dwarfs, in particular, are movie buffs, with different creatures quoting famous lines and the Kazordoon Library being home to many parodies of James Bond films. While many references to film and television are in the form of quotes, some are manifested in creatures and NPCs as embodiments of their respective allusions.

Tibia isn't all that dull! While there may not be sound, certain elements of the game try to capture the essence of their favorite real-life songs and artwork. From famous singers disguised as simple shopkeepers to famous bands performing at the local tavern, the music scene on Tibia isn't as empty as it is silent.

Although Tibia was originally greatly inspired by the Ultima series, it has managed to reference a few other popular games, mainly in passing references, but sometimes with dedications of whole areas of the game.

It is often said that art imitates life. As such, several areas and organizations in Tibia show strong resemblances to real-life counterparts.

A bit north-west of Venore, here.

The Venore Amazon Camp is located north west of Venore, here. It can be reached from the north by crossing a bridge and from the south by walking through the Green Claw Swamp. It is said that the leaders of the Amazon Camp, the Valkyries, are in touch with Witches. The Amazon Camp is commonly used by Paladins. It is a great source of exp and gp for lower levels. Also, since Valkyries drop spears paladins can hunt here quite well. Down underground there is a Witch that is preparing a spell. What it is, no one knows.

This camp also contains a treasure room. It contains quite a few good items:

Note: The Hunter and Poacher are inaccessible. 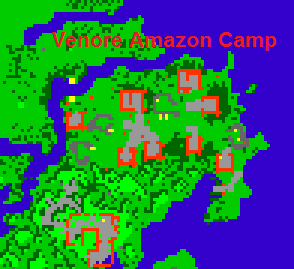 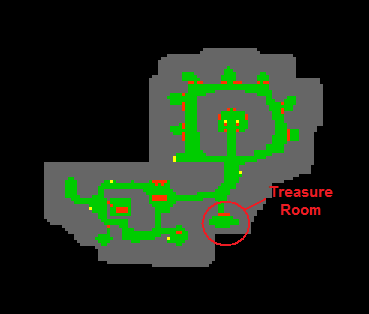 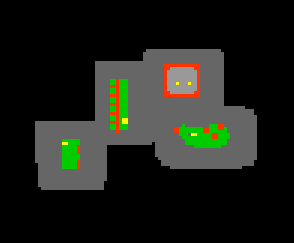 To use ammunition, you must equip the bow or crossbow in your hand, and place the ammunition in your belt.

There are many books in Tibia. Their content range all from just a title, to clues for quests, to full length stories spawning more than just one book. You can usually find books in libraries in towns, but sometimes also near ruins of old houses, in dead trees or barrels out in the wilderness. These do often have a clue for a quest or how to find a place, item or key.

There is also a type of book that is magical. They are called spellbooks. The magic thing about them is that their content changes depending on who is reading it. The content always tells which spells the person reading it knows and some information about them.

Not all books have text on them, but there are empty books that you can write in. Those can be bought in shops and/or found as loot from certain creatures. Note that there are other Writable Items which are not books.

Clothing Accessories are items that are typically worn to accentuate the appearance of their outfit. Also included in this category are materials that can be used to make clothing.

Item containers have different capacities. Some containers can hold 20 items (Backpack), while other containers may only be able to hold 5 items (Present Box).

Fluid containers do not have an explicit capacity. They are either empty or they have a liquid in them.

Distance Weapons are types of weapons that can be thrown or used to fire projectiles at targets. They are almost exclusively used by Paladins, because ranged combat is their specialty. A unique aspect of distance weapons is hit chance, which defines how often an attack will even hit. As a compensation of hit chance, distance weapons ignore the Shielding of the target, but not the target's Armor value. Crossbows and Bows require Ammunition to be fired. If ammunition is not in your equipped Quiver, you won't attack your target, not even with Fist Fighting. Crossbows and Bows require ammunition called Bolts and Arrows, respectively.

When choosing a distance weapon, keep in mind the following:

Charged Distance Weapons could be made until Summer Update 2017. They were later merged into their respective base weapons which had become imbuable.

At Erig.net you could find all kinds of statistics about Tibia, ranging from a list of recently killed boss creatures, to a player-to-player comparison in powergaming.
Erig.net was a supported fansite from November 24, 2005 until Erig closed the site at March 29, 2009.

Tibia Lotteries was a part of Erig.net and it helped organizing lotteries of virtual items and cash. It was designed to offer a fair and unbiased gambling system.

On March 29 of 2009, Erig decided to take down the website for maintenance reasons. A number of alternative fansites quickly arose after this, to provide similar features as statistics and lotteries. Almost all creatures in Tibia give some experience points when they are slain. The amount of experience points earned by killing a creature depends roughly on how difficult it is to defeat that creature. It varies from a Penguin which will give 1 single experience up to the Brain Squid which will give 21,000 experience when killed. There are also a lot different kind of bosses in Tibia, which might wield even more experience (including Inquisition Bosses). There are also some creatures that give no experience at all, those are no challenge to kill since they don't fight back when attacked.

All characters start without experience points when they first enter the game, on a small island south of Rookgaard. By doing The Beginning Quest they get experience, on Rookgaard they can kill monsters which give experience, which can become a very large number. The experience is represented by a characters level. On the official website is the full experience table where is listed how much experience is needed to reach a certain level.

Find out more about your experience by using the Experience Formula.

There are bonuses available which multiply the experience yielded by monsters.

On the first two hours of Stamina, premium players have an experience bonus of 150%. These two hours of stamina recover at a much slower rate than normal stamina time.

Worlds may be blessed with bonus experience rates by completing World Quests and World Tasks. Bonus experience applies to all characters regardless of their participation in the event. Bonuses typically last until the end of the month but may have different durations as well as and conditions such as Spring into Life which applies only to Dragon Hatchling experience yield. The table below summarizes the events that reward bonus experience.

Since September 9, 2014, all players below level 50 have a passive experience bonus, which steadily declines until the player reaches 0% bonus at level 50. This bonus is intended to fast-forward a new player into the more exciting parts of the game.

The bonus declines at a linear rate of

percent per level. This would be 2% if the decline began at level 1. This fractional decline creates a 3% jump on levels 3, 15, 27 and 39. Most players won't be affected by this because the experience is rounded anyway. The precise formula is thus:

See also the table below:

Occasionally, to compensate for loss of experience due to death or an extended period where players are unable to hunt as a result of  DDoS attacks, or even just to celebrate holidays like Christmas, CipSoft may establish a period in which monsters yield double the experience they would normally when they are killed.

During Double Experience events, Premium Players with enough stamina still gain an additional 50% experience over the double experience awarded to other players.

This page refers to food items. There is also a spell called Food (Spell).

A food is any edible item that will regenerate Hit Points and Mana Points for a specific number of seconds each. The maximum amount of time you may regenerate Hit Points and Mana Points is 20:00 (twenty minutes), if you attempt to eat food which would put you over that duration you will get a message saying you are full. There are several types of food. Some examples of food are the common Ham and Meat to the more classy Salmon and Coconut.

Frost Dragon/History Game tokens can be found in Game Rooms in most major cities in Tibia. They are used to play various Board Games that are possible in Tibia.

Football, in turn, is used to play football (called Soccer in the USA and Australia) and can be purchased in some equipment shops.

Halloween is an event which is annually held on the 31st of October. You can find some additional information in the Tibianews article here.

This event consists of the presence of a small rabbit, The Halloween Hare. When standing close to it, he can turn NPCs and other creatures into the form of the following creatures:

In the past his "morphbombs" could also change people and creatures into Blightwalkers, Dark Torturers, Phantasms, Pirate Skeletons or Spectres, but as of halloween 2008 this is no longer possible.

This event consists of finding The Mutated Pumpkin in Darashia, slaying it and carving in it. You will need a large team to defeat it, because it has a huge amount of hitpoints. You will also need an <a href="/wiki/Obsidian_Knife"