This updated revamped Venore and its surronding areas. This also implemented some changes to the game's core mechanics. 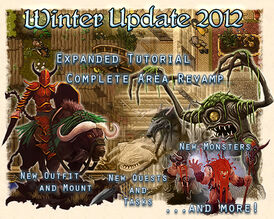 Revamp of Venore and surrounding areas

Venore, one of the oldest Tibian cities will get a major graphical overhaul. New furniture based on the city new theme will be added.

The swamps south and east of the city will also get revamped and crossing it will be made easier and more interesting. The Goblin Merchant Quest, containing 6 daily tasks plus 3 Production Site tasks which can also be done by Free Account players, will be added to the area. These tasks are aimed at low leveled characters but can still be done at higher levels.

The dwarven city of Kazordoon is much more accessible. A new lorry system has been added to transport players to a new Flying Carpet and two areas outside of The Big Old One. In addition, there are a few additional NPCs who sell ore wagon tickets: Gewen and the Lukosh Brothers.

All of the Dwarf Mines have been revamped slightly. They now have muddy floor textures and wall lamps, and walls have been adjusted. The Lost now inhabit the depths of 4 of the 7 mines, as well as a small room in Mount Sternum Undead Cave. A Corym lair (also with dragons) has been added that can be accessed from Kazordoon as well as Carlin. Also, the city mine has been extended to include a section with Giant Spiders, Wyverns, Earth Elementals and Drill Worms.

The Dwarf Mines received Signs with names, to make it easier to point to one of them when talking about the mines (by player suggestion on the test server forums).

Island of Destiny: Festival of Initiates

Some changes were made here as well:

A new island, the Adventurer's Guild appeared west of the Thais Light House. You can reach it by using your Adventurer's Stone in any Temple.

Some new trades are posted on the tibia test forum, here, with adjustments here and here. In addition changes to Furniture Shopkeeper NPCs (at least of Venore) were made for the new venore furniture and Black Bert received some new quest items in his trade list.

Venore Shines in a New Light

Add a photo to this gallery
Test Server Snippets

Add a photo to this gallery
Various Screenshots 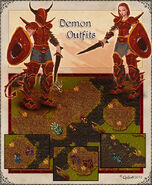 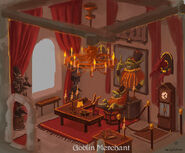 Rafzan
Add a photo to this gallery
Creature cards 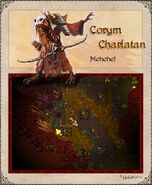 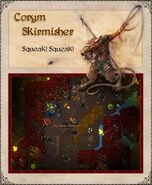 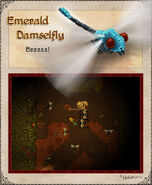 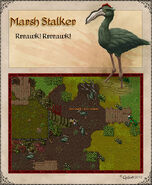 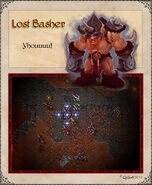 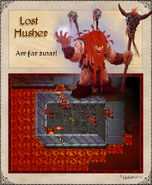 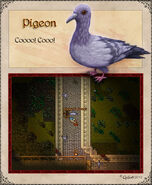 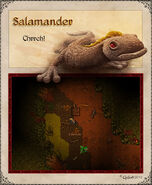 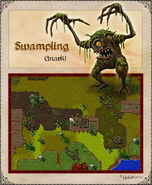 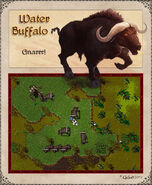 Water Buffalo
Add a photo to this gallery 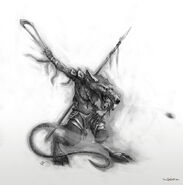 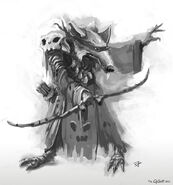 A Corym class
Add a photo to this gallery
Retrieved from "https://tibia.fandom.com/wiki/Updates/9.8?oldid=784724"
Community content is available under CC-BY-SA unless otherwise noted.