This tutorial started as a Flash Client-exclusive feature. Back then, players would play the tutorial when they used the Flash Client to log in for the first time with the first character on their account. The tutorial was later made available on Tibia 11 on its official release. Players can now play this tutorial on any new character if they wish so.

Only players who check the box "Do you want to play the tutorial?" when creating a new character will play this tutorial. There is little to no connection to the server during the tutorial, therefore actions are quite limited — you won't see other players or any chat messages.

Once the client has finished loading, you will appear inside a cave surrounded by crystals and lava. Click on the highlighted square to move there, then grab the Dagger from the ground and place it in your inventory.

Click the Wounded Cave Draptor that has appeared in order to attack it, then loot it once it is dead. 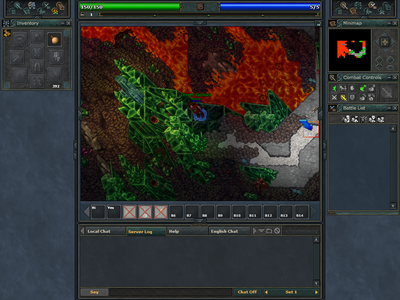 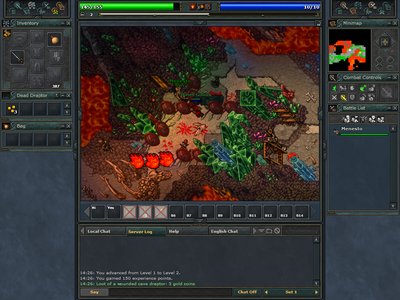 Talk to Menesto, he will take his Dagger back and give you a piece of Meat. Eat it, and then click the highlighted keyword in the NPC channel.

Once you have received a Rope, use the ladder to the west, go up the hole using your rope and walk into the Crystal Teleporter. 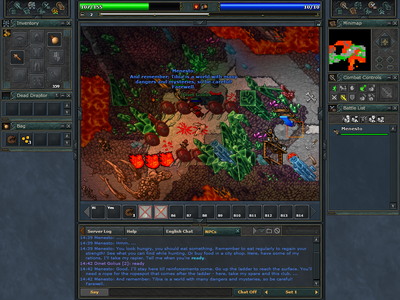 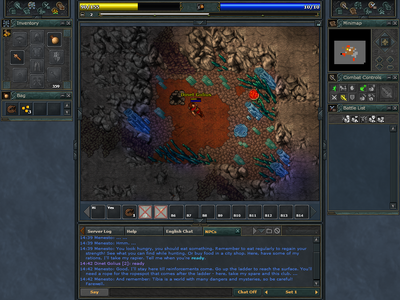 The client loading screen will appear again and your character is teleported to a little cave just below the Adventurer's Outpost on Dawnport, here. You are now fully connected to the server and may interact with other players.

Retrieved from "https://tibia.fandom.com/wiki/Tutorial?oldid=791148"
Community content is available under CC-BY-SA unless otherwise noted.