An underground guild has formed under Thais. Join them by talking to Dorian and learn some of their tricks.

Ability to trade with Black Bert and one of the following items: a Modified Crossbow, a Spellbook of Warding or an Assassin Dagger, achievements: Amateur Actor and Master Thief

Talk to Dorian in Thais and say "hi" then "thieves". He will then invite you to join the Thieves Guild. (Dorian is located just a few squares west of Gamel, underneath the docks just east of the boat, (here).)

Collect 10 elephant tusks and report back to Dorian.

Buy some Lock Picks from Dorian, its recommended to buy from 3 to 10. Now travel to Carlin and visit Sarina's general store. Use the vines on the side of her house to travel into her locked room. Use the lock picks to break open her chest. Steal the vase and report back to Dorian 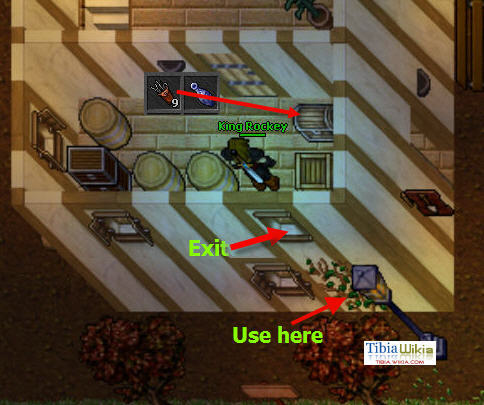 Dorian would like you to earn his guild an invitation to the King's ball. You can achieve this by visiting Oswald, east of the temple in Thais, say "invitation". It will cost you 1000 gold. Report back to Dorian when you receive the Invitation.

Go to Outlaw Camp and find Snake Eye. Say 'documents' and he will tell you to go see Ahmet in Ankrahmun.
Go to Ahmet and say 'documents'. Sometimes, he will hand over the documents for the gold with no fuss. However, he may tell you that Nomads from the oasis north of Ankrahmun have killed someone dear to him, and asks you to kill at least one of them. When complete this task he will forge the Deed of Ownership for you for a fee of 1000 gp.

The next step is to go find Percybald who is normally east of Carlin temple near the east gate. Speak to him and say 'disguise' and he will ask you to go take a copy of the script in the prop room at the theatre (east of the temple). Once you get it go back to him, speak to him and say 'test'. He will say lines from the script and you'll have to say the line which follows according to the script. Eventually he will give you the disguise kit. DONT USE IT YET!!

Go to Venore and find Nurik under the depot on the eastern side -1 . Disguise yourself with the disguise kit (When you using the disguise kit, you will have 5 minutes before you return to your normal appearence). Greet him and say 'dwarven bridge'. He will trade you the Deed of Ownership for the The Famous Mina Losa Painting. Report to Dorian. 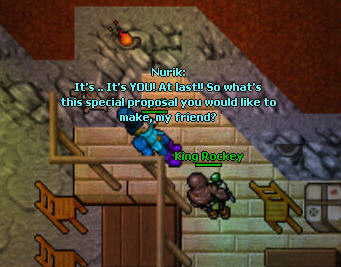 Go to the smugglers cave underneath Tiquanda, north west of Port Hope. When -1 go down the ladder North-east, then go along untill you can head south, follow that path down the ladder, below you will find a quest door with a chest. Retrieve the Stolen Golden Goblet and report to Dorian. 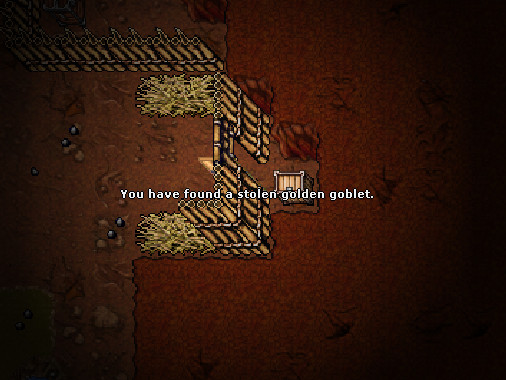 There are 2 methods to complete this quest.

First method: Go to Liberty Bay. Go the Jewel Shop, north east corner of Liberty Bay. Talk to Chantalle and ask her for "key". She says it is not possible to bribe her, she also says that Herbert, the postman in Liberty Bay, is easy to bribe. Now go to Herbert and say "hi", "letter", "gold", "yes". He will take 1,000 gps. from you in exchange for a letter. Now, head Venore and find NPC Carina. She will sell you a Precious Necklace for 5,000 gps. Once you have the precious necklace, go back to Liberty Bay and talk to Chantalle again. Say "Key", and she will give you the key.

Second method: You wear a Post Officers Hat in your helmet slot and talk to Bertram (if your character is female) or Chantalle (if your character is male) to get the key and complete this mission. (Note: You must be of the Arch Postman rank for this to work!). Ask about a key and he/she will mention how handsome you look in your uniform and then give you the key for the door upstairs.

When you have the key, go upstairs of Chantalle's Jewel Shop and open the door. Inside, use the Goldfish Bowl (Object) and a Fishnapped Goldfish will appear in your backpack. Report back to Dorian. 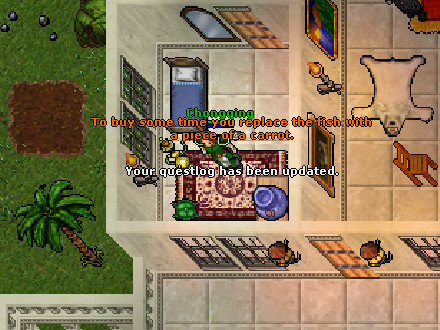 Go to the guard's barracks in Venore (first road you come by when heading east from south west gate). Go two floors up (to this room) and 'use' the Chest of Drawers (Quest) in the room. Once you get the Compromising Letter, report back to Dorian.

Note: prior to October 23 the letter was hidden under the pillow of a bed. It was changed because the 9.7 update bugged quests involving the use of beds.

The switches are where the blue dots are. 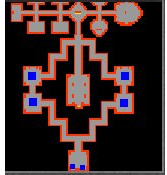 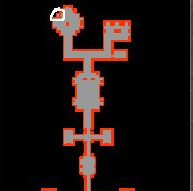 If you are with a team, it may take some time for the note to reset once it is placed upon the wall.

Finally, report to Dorian and claim your reward in the room next to him. 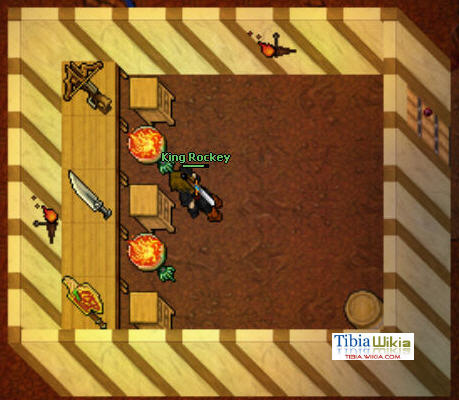 This next part is just an example, the transcript may vary, Percybald will say lines from the script and you'll have to say the line which follows according to the script you can see here.

Retrieved from "https://tibia.fandom.com/wiki/The_Thieves_Guild_Quest?oldid=692534"
Community content is available under CC-BY-SA unless otherwise noted.