You need to travel from Liberty Bay to Thais and you need to be at least level 20. Sooner or later you will get shipwrecked on the island of Goroma.
The captain says that some Island Trolls stole parts of the ship. Kill Island Trolls until you have collected 30 pieces of wood, then give them to the captain. From now on he will take you to Goroma from Liberty Bay for 500 gps. The easiest way to collect 30 pieces of wood is to bring a shovel. With it, you can gain access to the 2 underground Island Troll areas.

There is a sign pinned on the wall in Liberty Bay's tavern which reads:
Missing ring!
High reward!
Contact Lady Eleonore in the Silverhand Manor!

To begin the quest, visit Eleonore in the Silverhand Manor located in the north part of Liberty Bay on a small hill (here). 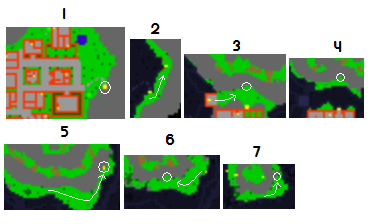 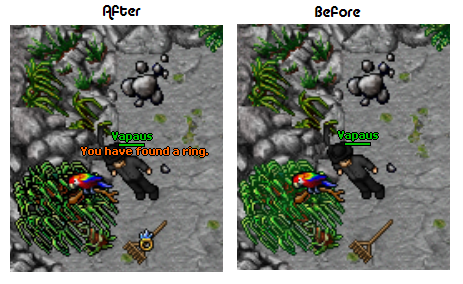 You see a crystal ring. It weighs 0.90 oz. The initials E.S. are engraved on it.

Now return to Eleonore in Silverhand Manor and talk about your errand.
See also: Meriana Quest and Pirate Outfits Quest 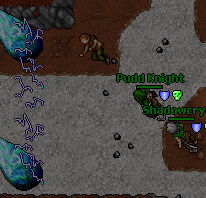 Note: Rats here and Chickens here can be found on the island near Chondur's house. The closest spawn of Black Sheep is in the Cult Cave (here, the black sheep are located here). However, Black Sheep weights 700 oz. so its heavy, make sure you have the capacity. Alternatively, if you are short of capacity, you could do this:

Keep in mind that if you are not fast enough, the sheep's body will rot and become useless. The dead sheep will reach its first decay state in 5 minutes, but a level 45 with haste can walk the route in 4 minutes. 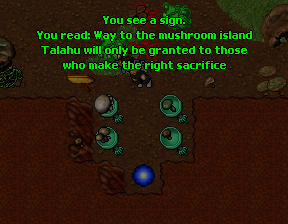 Sacrifice the four mushrooms in the order given:

Return to Talahu, head to the south east and follow this route: 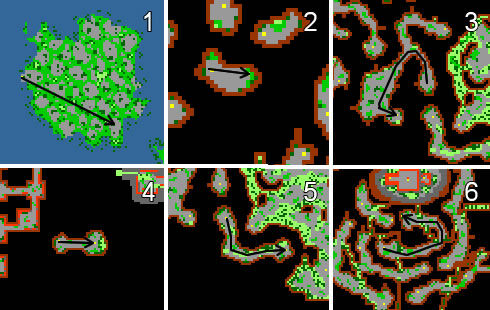 Be prepared to face every kind of Quara Scouts. When you reach the surface, watch out because there are several Giant Spiders and some Water Elementals too. At this point just head to the north and you'll find the Teleportation Hub. This one only has an accessible teleporter to the left that will take you to Talahu and will grant you access to go Malada using the teleporter whenever you want.

To access Kharos, you must travel south of Malada, where you will find a pitfall leading to the island underground, here. There you'll find Ferumbras Citadel, and if you just go to the east you'll find a one-way teleporter down a hole to go back to Goroma, here.

In order to access the citadel, you must attempt to step inside the electric barrier barring it. Once you have done this, leave through the teleport and travel to Edron, where you must talk to Zoltan about Ferumbras' citadel. He will then give you permission to enter Ferumbras Citadel on Kharos for 500 gp. This fee will allow you entry for one time. Once you enter and leave, you must pay the fee again.

There are no direct hubs to Kharos, and one must travel through the caves to reach it, even if they've done the quest.

To get Access to Nargor and Pirate Outfits complete the Meriana Quest.

Retrieved from "https://tibia.fandom.com/wiki/The_Shattered_Isles_Quest?oldid=791146"
Community content is available under CC-BY-SA unless otherwise noted.