You see The Old Widow.

Its task teleport is located on the Plains of Havoc, here. Sometimes it spawns outside with all the other Giant Spiders.

The Old Widow fights until death.

To all vocations: stand at the most southern spot in the cave to make sure only The Old Widow can hit you, and its summons cannot. It is not a very good idea to try to outrun it, as its heavy paralysis and ability to haste make this very difficult. If you are lucky enough, a Giant Spider will stand in front of you, not The Old Widow, and then you will have an easy time killing it (for mages and paladins). Knights just kill the Giant Spider and then The Old Widow.
If your level is below 90, it's wise to use Stone Skin Amulets (2-4 may be enough) and Might Rings to increase you chances.
Mages: This is a hard monster to solo as a mage, try not to face it below level 80 as 2,000+ mana and the use of Great Mana Potions are recommended. Since it is a very fast creature, Wild Growth/Magic Walls will come in handy. Use Magic Shield because it can hit 600 easily. Unlike Giant Spiders, The Old Widow is strong to Fire Damage so Hell's Core will hit less. Take a Wand of Voodoo or Underworld Rod and attack it with Sudden Death runes while drinking plenty of Great Mana Potions. Terra Set is also recommended, although you might want to wear a Protection Amulet or Stone Skin Amulet rather than a Terra Amulet. If your level is below 60 then you will most likely die even with Magic Shield, however, it is possible for a level 60 mage to solo The Old Widow using Energy Walls and Sudden Death runes.
Paladins: Level 80+ can kill it by using Assassin Stars and Energy Ring. Before you pass into the teleport, make sure you use Haste or Strong Haste to avoid being trapped and once you get inside the boss room, keep using Strong Mana Potions or Great Spirit Potions when your mana falls low.
Knights: Level 90+ can kill it by using Defensive Fighting, Great Health Potions and Fierce Berserk. Always drink Mana Potions and use Fierce Berserk with full hp. If your level is below 80 you will have high chances to die, because The Old Widow will deal you more damage than you can recover from. It is highly recommended to cast Blood Rage, then combine with Berserk, Fierce Berserk, Brutal Strike and Front Sweep. 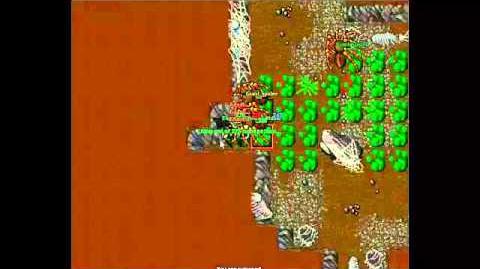