There is tale that concerns a long lost tribe of dwarfs that allegedly settled on one of the islands around Yalahar. Once a brave warrior has returned from a journey and vividly described a huge city that he had discovered, inhabited by dwarfs, but nobody believed him.

For the way to Beregar

For Going Down and Justice for All

For Sweet as Chocolate Cake 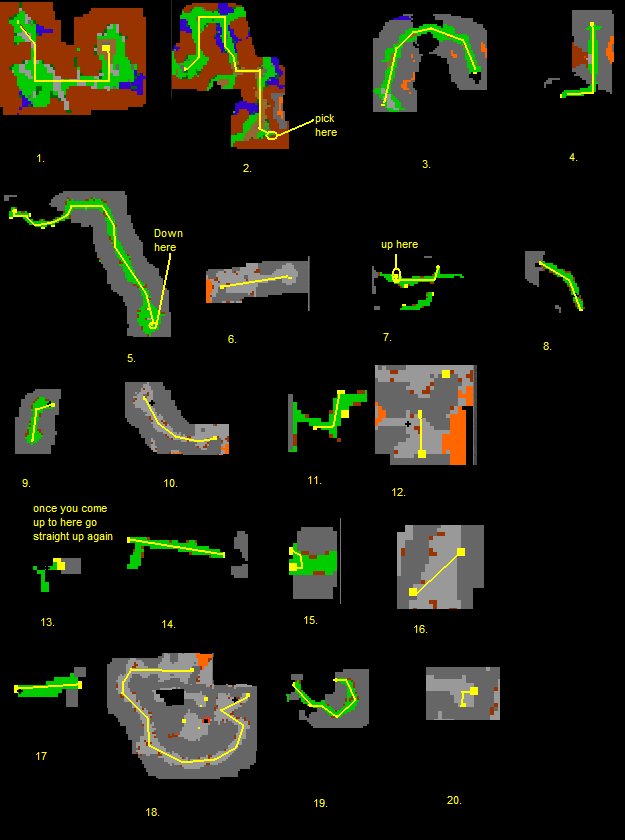 Note : You have to ask Xorlosh for the mission and finish The Sweaty Cyclops Quest before you can trade Iron Ores for Gear Wheels. You can only trade 3 per person. and only during the mission.

Note : It is better if you take the reward (Gold Ingot) on your next mission, so you can save time and efforts by getting them at the same time. also, You can't get the ring until you take the "Justice for all" mission.  '

Rerun's Ring
Add a photo to this gallery 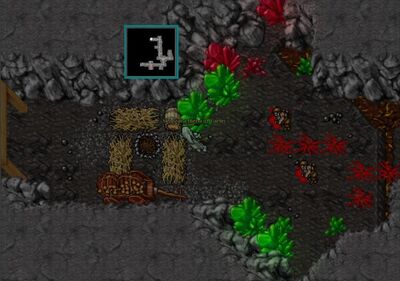 Note : You should start "The Royal Rescue" mission now to save time, by asking the emperor for a mission, so you won't have to do this trip twice. 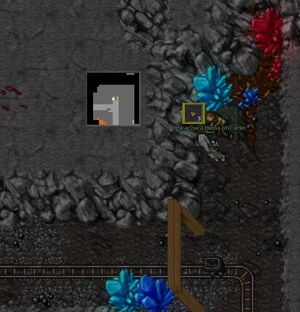 You are now able to buy Rust Removers from Harog (here). 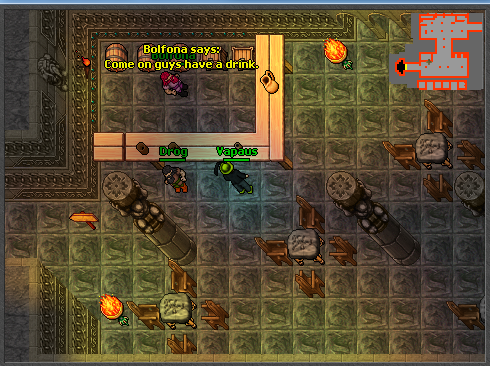 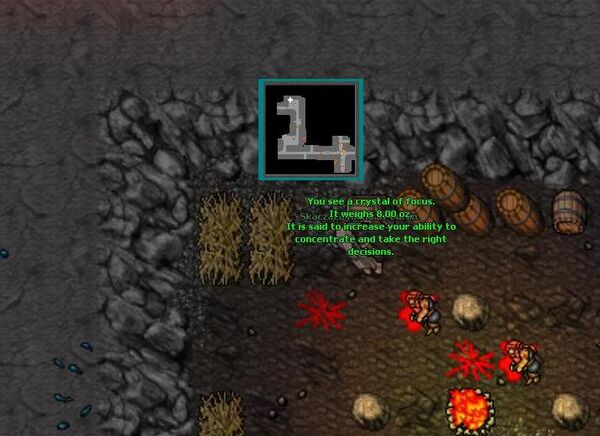 Go to Emperor Rehal inside Beregar and talk with him to start the quest.

The book contains all you need to know about repairing tunnels, if you forget what you need to do while on mission you can always read the instructions written in the book 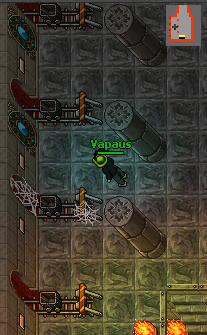 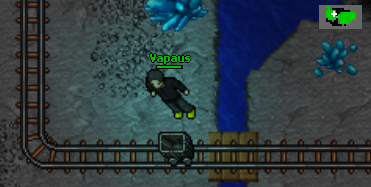 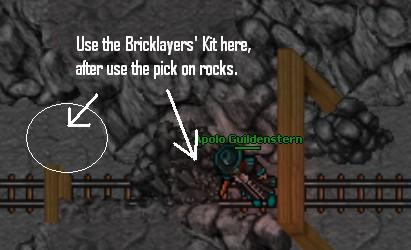 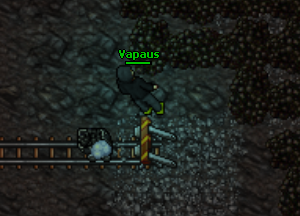 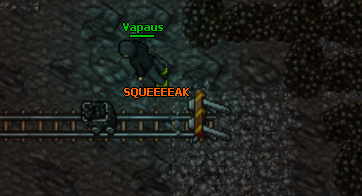 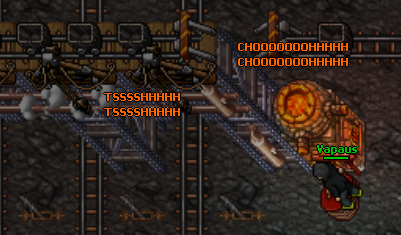 Wagon destinations from left to right: 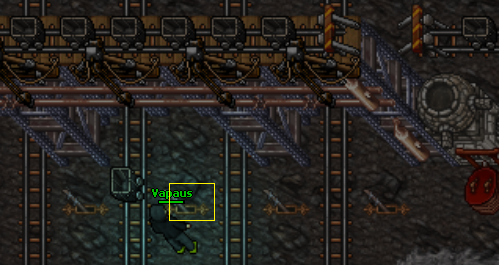 In this part you will have to use the different levers in order to change the railways so you can get to the different tunnels with the ore wagon. You can work your way back from the end of the tunnel to the beginning if you are not sure that you are doing it in the right order, here's a map that specify the locations: 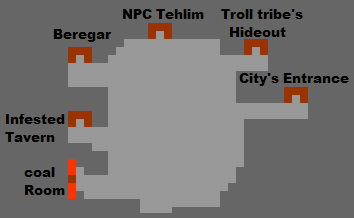 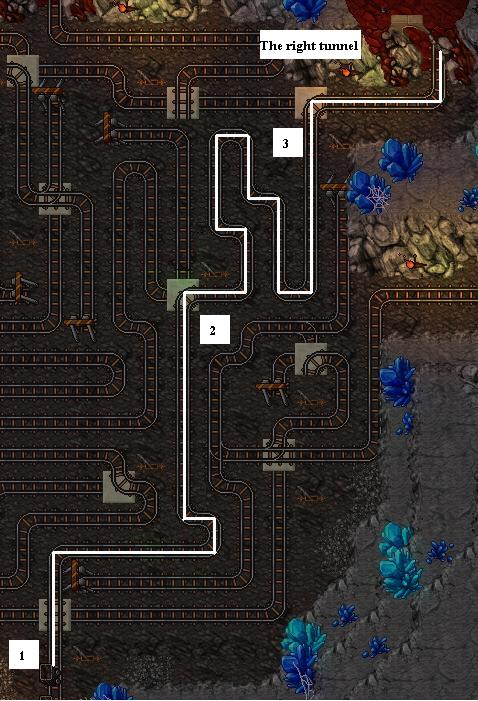 Around the area many spots on the floor have traps, they will summon 2 to 4 Mechanical Fighters when you step on them. The traps are unavoidable, as they are rows of invisible switches that will trigger the summons. 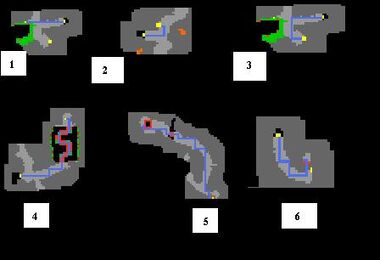 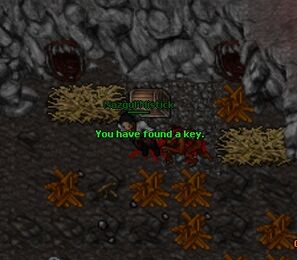 Note: You can't buy the Dwarven Ale before accepting the mission, and you can only buy 1 per person.

You can leave this mission as last one as you have to travel to Venore to buy the dwarven ale. You need to have at least 300 cap for Dwarven Ale.

Remember: You need level 100 to open Pythius the Rotten chamber. If you are under level 100, you will be able to enter the dragon lair but not to open then the boss chamber. (When you use your pick on the stone nothing will happen).

You can obtain Firewalker Boots by defeating the gold-crazy Pythius The Rotten. 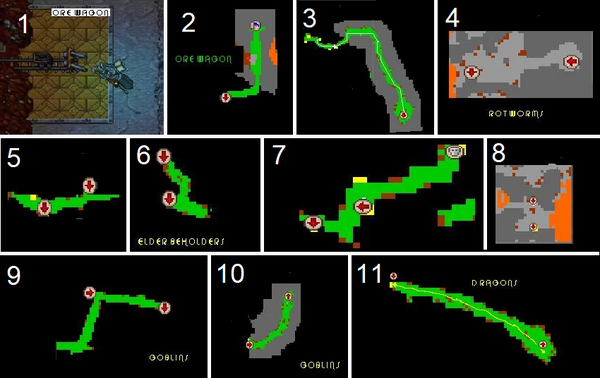 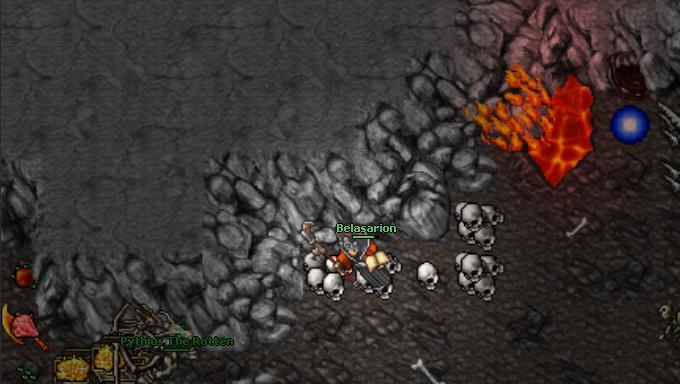 Talk to Pythius. He doesn't do anything unless you pay him. Offer the greedy bonebeast a golden mug for his horde. He will grant access to the teleport to the north of the chamber for a few minutes. Go through the teleport and down two levels. Here you will encounter Dragon Lords and Dragon Lord Hatchlings. Head west and follow the yellow path until you find a rock in the corner of the last chamber to the south-west. 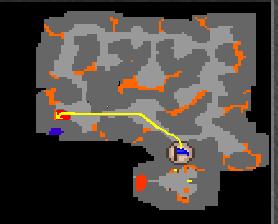 Use your pick on the stone to uncover a teleport which will take you to the final chamber. 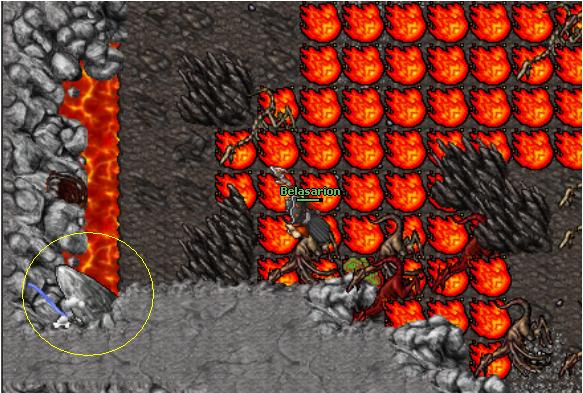 The teleport is opened .... 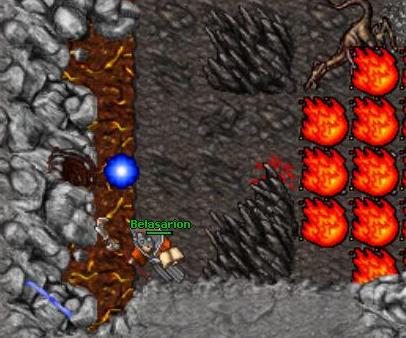 You are transported to a large chamber. An escape teleport beckons at the west side of the chamber near you but you launch into the fight ...

Note: Be careful because Pythius The Rotten may curse you. 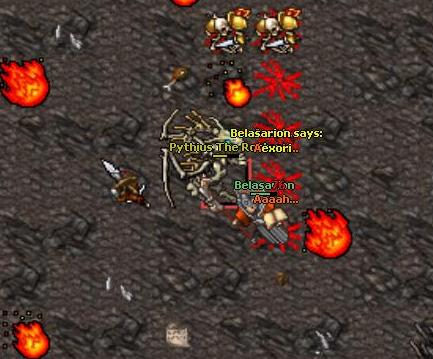 After defeating the greedy old bonebag (he doesn’t die, the hp just goes black and yells: "Fighting little worm, your victory shall be rewarded) you are teleported to the reward room 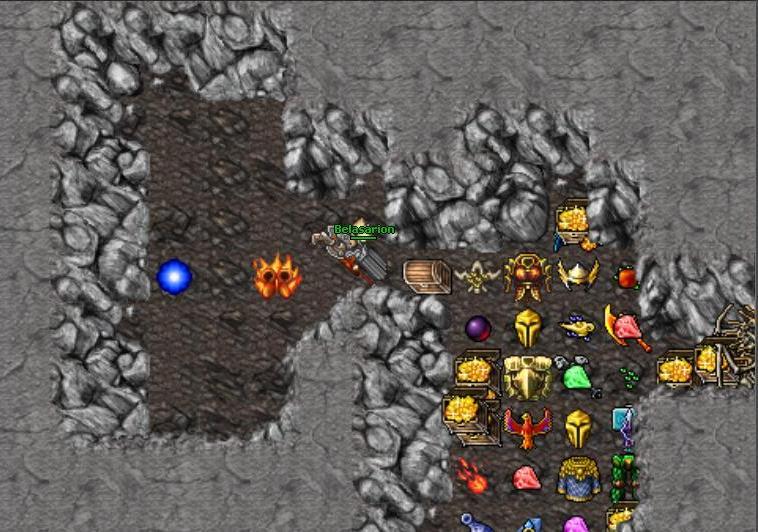 After first arriving at Mistrock from Fenrock speak to Maris saying:

Retrieved from "https://tibia.fandom.com/wiki/The_Hidden_City_of_Beregar_Quest?oldid=435265"
Community content is available under CC-BY-SA unless otherwise noted.