Thais has three main libraries inside the city, one of which is completely empty. Books can be found scattered around the city and in its immediate surroundings as well. The Island of Destiny, Fibula, Travora, the Ancient Temple, the Mad Mage Room, Mintwallin, and Mount Sternum also harbour some books.

Most of the documents in these archives were written on behalf of king Tibianus I. They can be found to the southwest of King Tibianus' throneroom in the Rain Castle, up one level and north.

Head east from the depot and then north at the crossroads. Take a left before the gates and keep going until you reach a bridge. Cross it and go NNE through some double doors, up those stairs and then southwest up another flight of stairs. Through the door to the north are the archives. 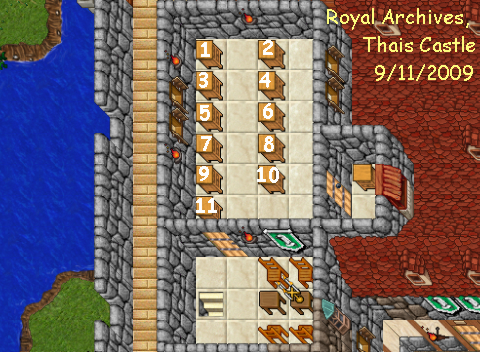 This library is located in southwest Thais on the second floor of Muriel's Sorcerer Guild on Sorcerer's Avenue.
Lungelen is always doing research in the library. 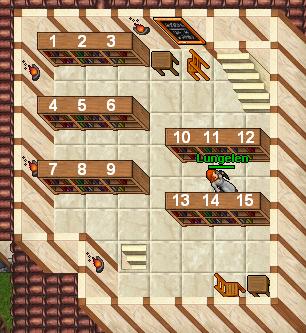