Hi, I am first who find it on secura :) but I died.. because I had only one bp with strong health potions. My nick is it Dior Mayrem;) 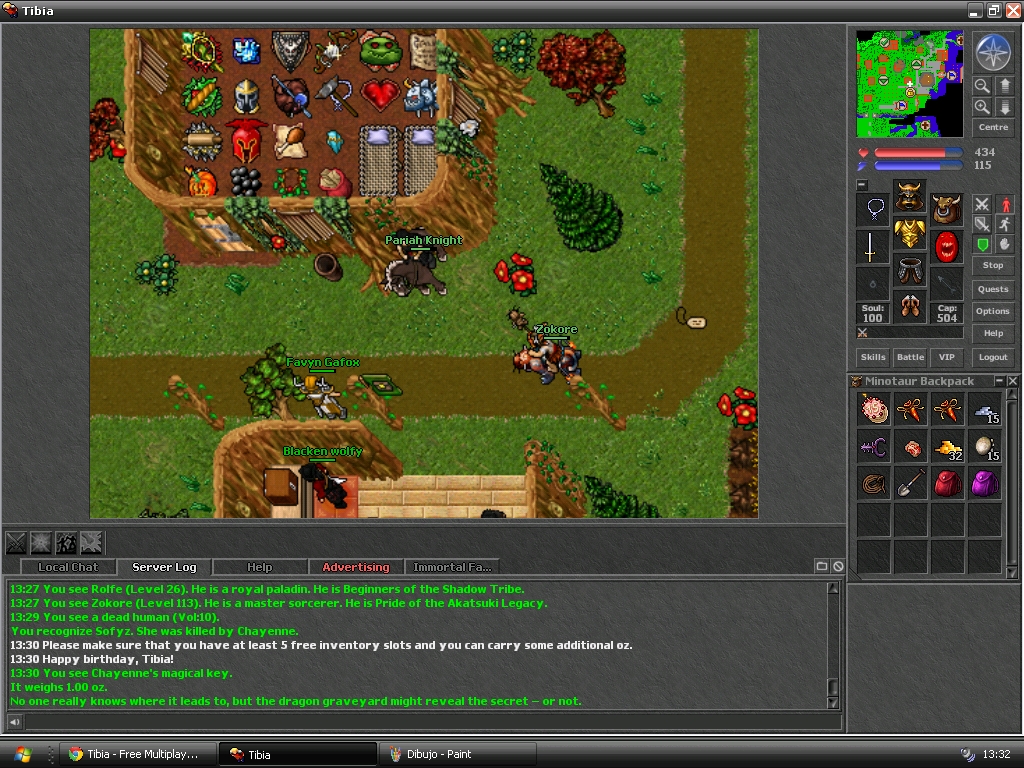 Who undid my adds about the melee damage and sounds? It hit 300 on someone. Also, the mana drain did 10 with me, in a wave, I think. There also was a Terra Wave which did minor damage.

I thin it respawned in all the servers at the same time. Anyone know if it can respawn more than 1 time per day?
Kwigon the sharpshooter 17:16, 31 October 2008 (UTC)

I doubt it has 20 million exp, if you are going by the screenshot with what looks like 19~ million, I think it's just two 1k~ exps next to each other (look carefully, displacement probably caused by the energy damage).
Zeratul

It only spawned once on Valoria, that is 100% certain, don't know about other worlds, and yea it appears to respawn simultaneously on all worlds. Also, is it really possible to receive a red surprise bag from skinning it?
YatZee 13:18, 1 November 2008 (UTC)

I spotted it
here
, on Testera. Does it always spawn exactly there?

Screenshot of loot on Xantera: http://i.imgur.com/UOkcQ.png. The worms are Yummy Gummy Worm and there's a Skeleton Decoration in there as well, but I'm not 100% sure what the other items are.

I think it has an ability to reduce melee (club?) fighting skill temporarily. When looking in my damage log I see a lot of hits which suggest 100% neutral to physical damage, but then there are some hits from me which are very very low, like hitting 10 hp or 15 hp while normally the lowest hit would be 100. If somebody fights it and could look into the character profile from time to time to check this that would be great. -- Bennie (talk ~ fellows) 17:52, November 1, 2016 (UTC)

Retrieved from "https://tibia.fandom.com/wiki/Talk:The_Mutated_Pumpkin?oldid=676006"
Community content is available under CC-BY-SA unless otherwise noted.