There was a lack of monster lists on this page. Thanks DM, Delatus and Uno time.

No problem Art. I only wish I could have remembered some of the other creatures there. I've only been to Hellgate like 3 times ever xD ~ Uno time

EDIT: speaking of which, should the Draconia page get a creature list as well? ~ Uno time

I've made a stub from the draconia creatures, when i was with a friend he went there, but i can't remember al creatures, perhaps you can help?--Delatus 01:58, 4 May 2007 (PDT)

I was thinking. Since it says on tibia.com that Gazers drop gold coins, could there be a pickhole in hellgate that takes you to more beholders including spawns of gazers? The gazers I've met have all been summons from elder beholders. Is there any pickholes at all down there? I haven't checked.
Nevaran 16:54, 19 March 2008 (UTC)

When mapping the route to hellgate, I found a strange questdoor. It is located near the entrance of hellgate in a cave with lots of skeletons, ghouls and 2 demon skeletons here: 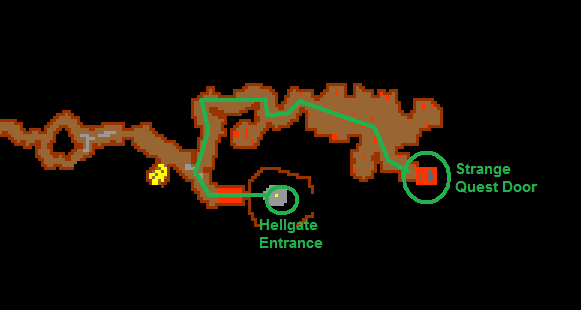 When you are there you see this: 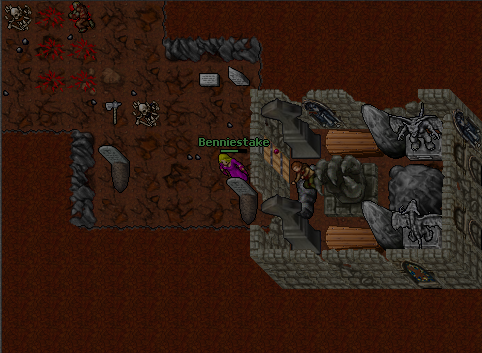 Does anyone know to what quest this door is related?

I was just looking at this page and it seems that something is wrong with the placement of pictures. And what is that picture with all the numbers and question marks on it supposed to be? I think someone came here and moved pictures around and put a couuple of them in the wrong spots. Masterhatch 17:14, 29 March 2009 (UTC)

What i kinda meant was, what is the point to the numbers and the "?" in the picture? There is no explaination. I was thinking that that picture should be in the body of the article with an explaination as to the meaning, not in the side table. Masterhatch 15:48, 30 March 2009 (UTC)

Always thought it was it was called Hellsgate
Craggles
Random::Chat::Contributions::Tibicam Profile 20:00, 20 May 2009 (UTC)

It'd make more sense if it were The HellGate or Hell's Gate
Craggles
Random::Chat::Contributions::Tibicam Profile

Retrieved from "https://tibia.fandom.com/wiki/Talk:Hellgate?oldid=240034"
Community content is available under CC-BY-SA unless otherwise noted.