TibiaWiki
Register
Don't have an account?
Sign In
Advertisement
in: Living and Dead, Natural Products, Version 6.5 Implementations,
and 15 more

You see a snow heap.

Use it to obtain a Snowball. This can be repeated an unlimited amount of times.

Snow Heaps were implemented with Update 6.5 when they were temporarily added to cities such as Thais, Carlin and Edron as part of Christmas 2001. Due to players heavily misusing snowballs for powergaming, this event was not repeated the following Christmas.[1] 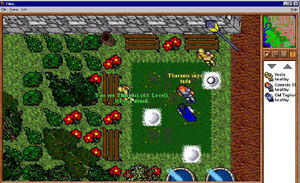 Snow Heaps in Edron for Christmas 2001 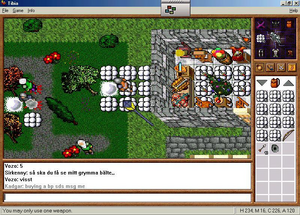 Later on, a couple of these heaps was permanently added next to Santa's House in Vega, however they cannot be reached. Only with the implementation of the Winterlight Solstice event with Update 12.02, Snow Heaps were added to reachable locations again.