Nowadays, you need a Shovel to open the hole. But before Update 8.2, this hole was a Pitfall and creatures could be lured into it. This happened often, and upon falling (or being pushed) into the hole, low-level players would usually die instantly and with 5 or more Giant Spiders around it was not uncommon to see players of level 100 or above die as well. 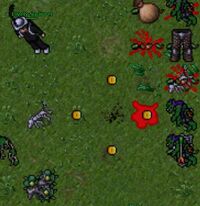 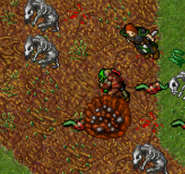 The new shovel hole
Add a photo to this gallery
Retrieved from "https://tibia.fandom.com/wiki/Plains_of_Havoc_Giant_Spider_Hole?oldid=748687"
Community content is available under CC-BY-SA unless otherwise noted.