You see an ogre shaman

Wandering ogre shamans summon the power of the Great Hunger in self-defense or to catch prey for their rituals. Though still enormous in size, ogre shamans are no fighters as such and prefer to keep at a distance, sending out their minions to fend off unwanted acquaintances while they slink away. 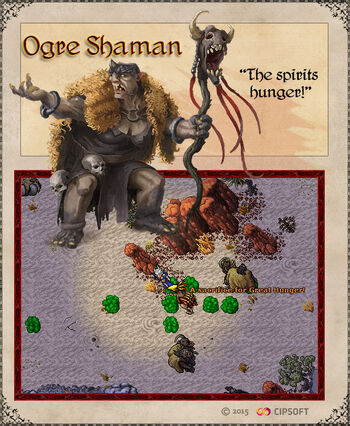 Paladins can use Holy Damage attacks, since it is weak to this type. Other vocations should just chase and kill it.