Meluna is a small island situated south of Rookgaard (here), which is intended to be a secluded honeymoon island for newly wed players. The island existed in early Tibian history with the name "Faeries Haven". Few players had ever accessed the island until it was revamped and renamed "Meluna" in Updates/8.5.

Players have the option of visiting the island for up to 24 hours after marriage, after which they will not be able to return (but can stay as long as they like). The entire island is a protection zone, and has a rafter at the far south of the island who will traverse the ocean which bars them from Fibula.

There is a beverage store to the north of the island selling liquids in containers unique to this store (Cocktail Glasses), a romanticized gift store selling assortments of flowers/decorations which are typically 'romance oriented' (see Nienna for a list), a food store selling the usual meat, fish as well as Valentine's Cakes, and finally another food store selling vegetables and fruits, such as Mangos, Cucumbers and Raspberries.

As the entire island is a protection zone, there are no creatures inhabiting it. However, masses of flora can be found all over the surface including a total of 65 Cherry Blossom Trees. There is also a small hut to the west and a swimming zone to the north. 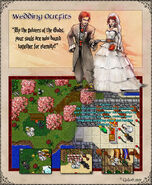 Some updates ago this island was inaccessible but known as Faeries Heaven. 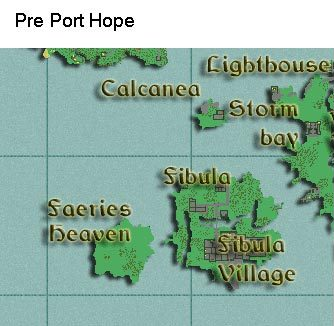 Nowadays, there can not be found any faeries on Meluna, although that is not necessary since you will be with your husband/wife.

You can request to be taken to Meluna by the NPC who weds you or by Ferryman Kamil in Fibula, here. To leave, one must request to return to Fibula from Ferryman Kamil to the south. Note that you can only travel here within 24 hours of your wedding, but you can stay as long as you like.