With around 20,000 pages, at TibiaWiki you will find information for practically everything that exists in Tibia. Whether you are looking for text of a book, want to know how to obtain a certain item, or need hints for a quest, we've got you covered. Some nice tools like the Outfiter, a minimap tool of whole Tibia and Loot Statistics make us worth your visit as well.

Welcome to TibiaWiki!
This collaborative community wiki is a repository of information about Tibia, the free massive multiplayer online role playing game developed and published by CipSoft.
We are currently hosting 20,203 articles.

TibiaWiki is a Wiki project which was started by Erig on November 22, 2004. It has since become one of the largest and most frequently updated sources of Tibian information on the internet, reaching more than 1,900,000 visits per month at it's peak, with more than 450,000 being unique visitors (in 2010, ranking second among all supported/promoted fansites). It is also the most favorite Tibia fansite according to this poll. Of course, its popularity is only because of the dedicated people that contribute. When Erig.net became a supported fansite on
November 24, 2005
, TibiaWiki, being part of that site, became a supported fansite too. However TibiaWiki had significantly slow load times during peak hours under the old domain because of its popularity among Tibia players. The new domain hosted by Fandom provides a better availability of this well-liked fansite, which has been supported since
January 22, 2008
. With the introduction of the new fansite programme, TibiaWiki became a promoted fansite, on
November 11, 2008
.

Check our page on the 25th Anniversary Update and have fun with its events and activities!
Click here for more information about the Winter Update 2021.
Are you curious about how frequently does every boss spawn in Tibia? We have analyzed ALL bosses spawn history and condensed the results in our newest article. Check it out!
Have you ever wondered what worlds have never failed in The Lightbearer or what worlds have never succeeded? We have analyzed the results of 10 years of event in our new article. Check it out!
Are you going to train your skills with Exercise Weapons? Check out our new Skill Training Calculator!
TibiaWiki interviewed Delany, Tibia's former lead Product Manager. Check it here!
Curious about your real skills without the Loyalty Bonus? Check out our new Calculator!
TibiaWiki has a Facebook page. Pay it a visit and don't forget to like us!

Head to TibiaWiki:Projects to see what we're currently working on.

Today is Friday, so you will currently find Rashid in Darashia.

If you want to introduce yourself or just want the visitors to know something about you you can make your own userpage, here is a guide on how to do this also containing basic editing tips. You also can use this or this template.
It is recommended to preview (Alt+P) your page before you save it (Alt+S). This will save you time and will simplify your editing.
If you have a question please post it to one of the Admins or the Admin Talk Page. 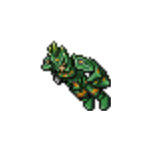 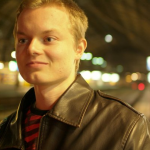