The town's library is located in Kazordoon, three levels above ground. Storkus owns a private collection of books near the entrance of Kazordoon. In addition, there are some books located in the Mad Mage Valley.

To get there leave west from the depot to the first staircase up. Go up two levels and going left to the next up staircase. Go right to the Sorcerers Guild and up the last staircase there to the library. 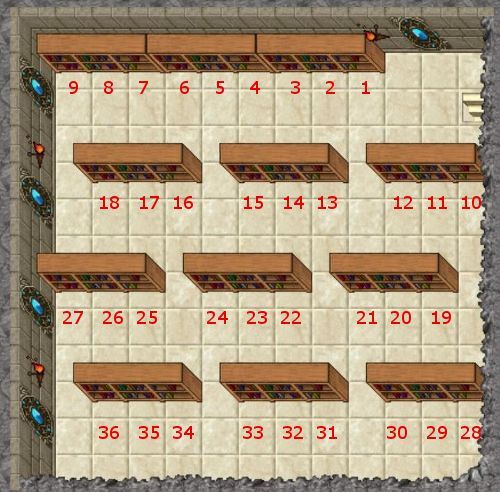 On the third floor from ground level the large square room is the library. The other rooms are house flats.

Storkus is located near the entrance of Kazordoon, west of the Dwarven Bridge. 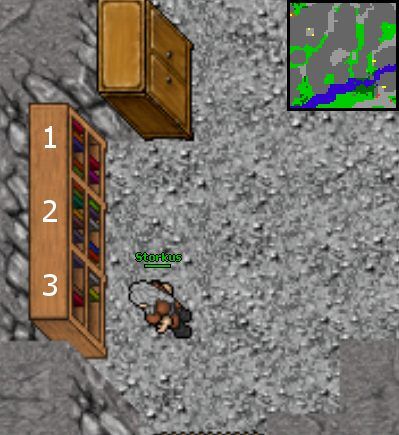 The paradox tower is a mystical place that is home to a mad undead called the Riddler. He spent the best part of his life trying to cheat death and became a god among men; however, he fell victim to death and in his ghostly form he taunts players with riddles and questions.
It can be found here. See the Paradox Tower Quest for detailed directions on how to get there. 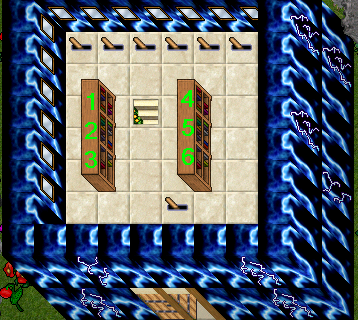 Retrieved from "https://tibia.fandom.com/wiki/Kazordoon_Libraries?oldid=748827"
Community content is available under CC-BY-SA unless otherwise noted.