A group of explorers tried to get into Demona and died on their way.

Gates of Demona, deep inside the Maze of Lost Souls, Near Carlin and Ab'Dendriel

This quest is located through the MoLS (Maze of Lost Souls). Exploring this place without a map can be very dangerous, as you may encounter Giant Spiders, Dragon Lords and more!

If you want to do this quest don't forget to have a shovel in your backpack and some food because the way to the quest and back is too long.

Well, so let's go, it begins in a cave near Northport here, a small village near Carlin. Use the shovel to open a hole here and get into it.

Keep following the blue line and you'll find a small forest inside the cave. In the red spot, behind the middle tree, there is a hole and inside that hole there is a switch that you must turn right to open the entrance to the Maze of Lost Souls. A sign next to the switch says:
You read: Greetings fellow brother!
Turn the switch to the right and follow the blue sunshine to get to Demona. You know the rest of the way.
Zhandramon
Note: if it is already turned right, then turn it left and right again. 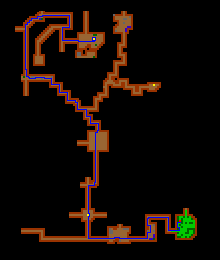 Get out the hole and follow this way to get to the entrance of the Maze of Lost Souls: 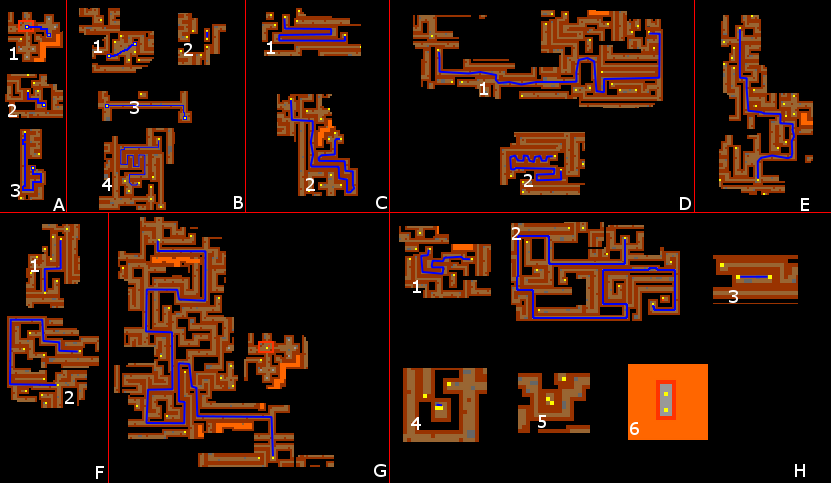 Now you are inside of the Maze of Lost Souls and it is suggested you follow the next map step by step or you'll face Dragons, Dragon Lords and Giant Spiders. In this path you'll face all the creatures in the list above (Rats ~ Orc Leaders). Keep in mind: don't get out of the path if you can't face dangerous creatures.

Ok, here you are in the final room. There are 2 Dwarf Guards, 2 Minotaur Guards, 2 Stone Golems and 3 Elf Arcanists here. Kill them and take the reward (Griffin Shield, Dwarven Axe and Obsidian Lance) that is inside two piles of bones and a dead body. The final room: 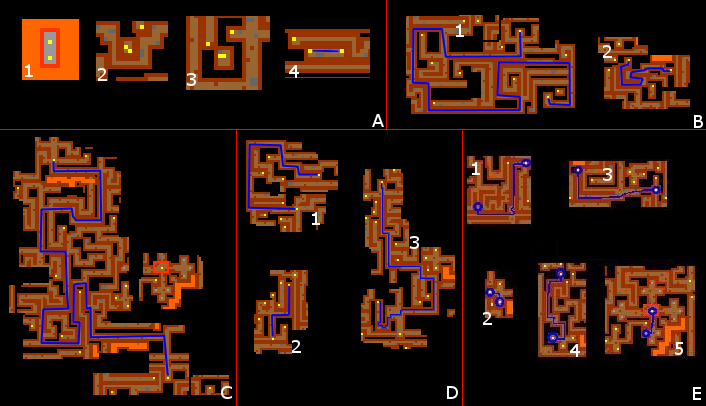 Retrieved from "https://tibia.fandom.com/wiki/Griffin_Shield_Quest/Spoiler?oldid=748724"
Community content is available under CC-BY-SA unless otherwise noted.