View source
watch 03:01
Wiki Targeted (Games)
Do you like this video?
Play Sound

The Ghostlands was already cursed for ages even during the founding days of Carlin. Unease befell those who wandered there and the area was avoided whenever possible.
After the female reign of Carlin was established, the independent city tried to expand its influence and settlers were sent there to claim the nearby area. Soon they where troubled by nightmares and bad omens. People hallucinated and became agressive if not even outright mad. Serial killings, berserk rages and strange but lethal accidents became commonplace until the people moved back to the city.
The Queen was displeased but their citizens would not try again. So the Queen sent the druids to cleanse the area. As they returned weary and wounded with three of them missing, they explained that the area was cursed, haunted and lost to humanity. The Queen argued but the druids where adamant in their opinion. The conclave of druids decided to seal the area with magic wards and magically erected a hedge which they empowered with magic. The Queen was not happy but did not intervene to stop them.
Since then the area is known as the Ghostlands (and several other nicknames suggesting the same). Despite it's name there are only ghosts located deep below the surface there.
Some information about this try of colonisation can be obtained from Dalbrect.
Half-destroyed graveyard is located deep below surface.

Note: These might not be 100% correct regarding minor creatures such as bats and rats (they can be found on more levels). Regarding more difficult creatures like Demon Skeletons, it is correct.

Note that the vampire isn't reachable (it is on the 5th floor, northeast part of the northern cave in a room behind a wall), and that there's only one Giant Spider, described below.

Maps of the third cave 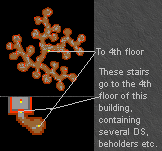 On the third floor you might encounter a passage that's blocked by Energy walls. These can be deactivated by pulling two switches (one near the giant spider and one in the building with the Bonelords) and leads to the Isle of the Kings Dungeon/The Queen of the Banshees Quest area.

Be careful while hunting in this cave, because there is a room full with poison spiders and some stairs. Down the stairs is a Giant Spider, but once you go down, you can't go up again because it's closed with a gate.

Beware of this place!

Galoy being killed by the Giant Spider

The hole is the only exit. 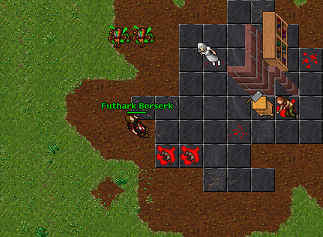 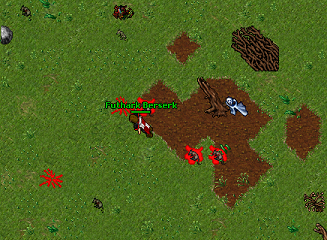 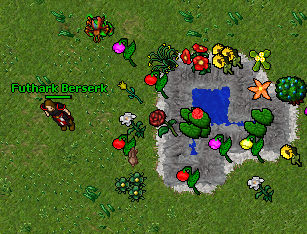 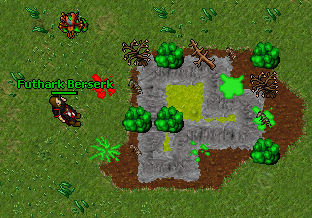 Hole Apparition, in the poison spider cave (you can't go down the holes, which are also marked on the map).