An Elf Arcanist hoards treasure in his highly fortified castle.

There is another quest in Elvenbane, but you must talk to Eroth first about it.

Run north and west to the opening. Here you may meet an Orc Berserker and a Minotaur Guard. Also a few Minotaurs and an Orc Spearman which may break your shield.
Run around and enter the middle tower. 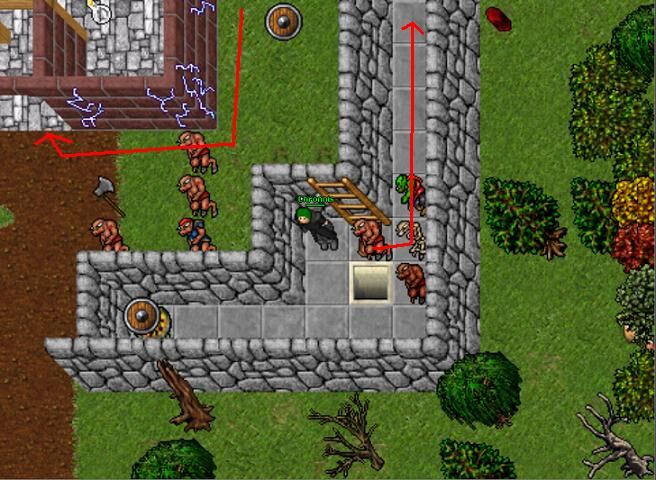 The first floor of the tower is entirely covered by poison fields. Walk over them or use Destroy Field runes to get rid of them. Prepare for the dragon upstairs. 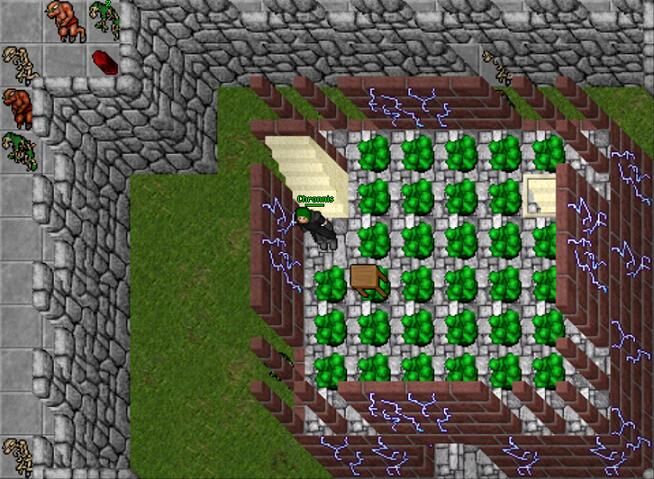 On this floor you will face a Dragon. There are nothing to run around so 1 or 2 fast Energy Waves are recommended for sorcerers. Anyway, kill the dragon or run past it to the ladder. 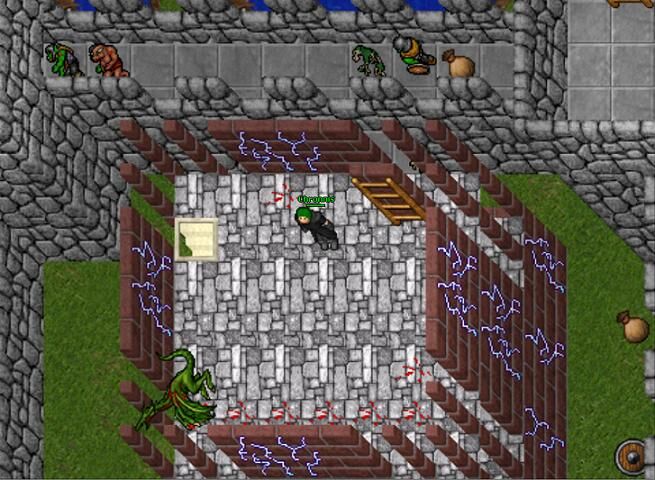 On this floor there is an Orc Shaman and a Minotaur Mage. Kill them and continue climb the stairs. 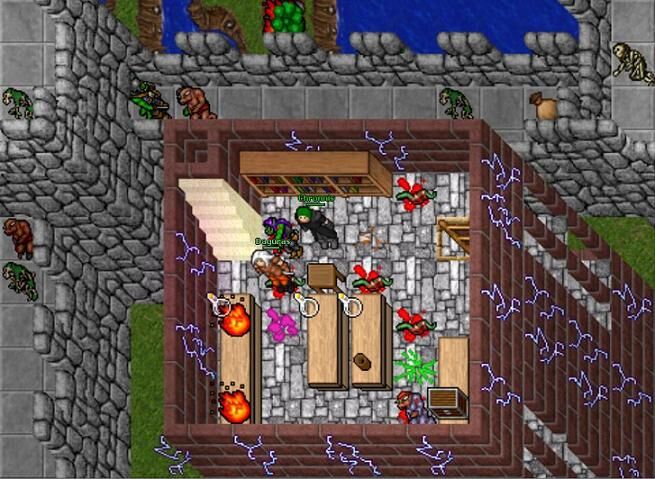 The final floor contains 2 quest chests and 2 quest drawers.
There are also 2 Demon Skeletons and an Elf Arcanist, also known as the "playerhunter team".
Kill them and open the quest chests/drawers to receive your stuff. 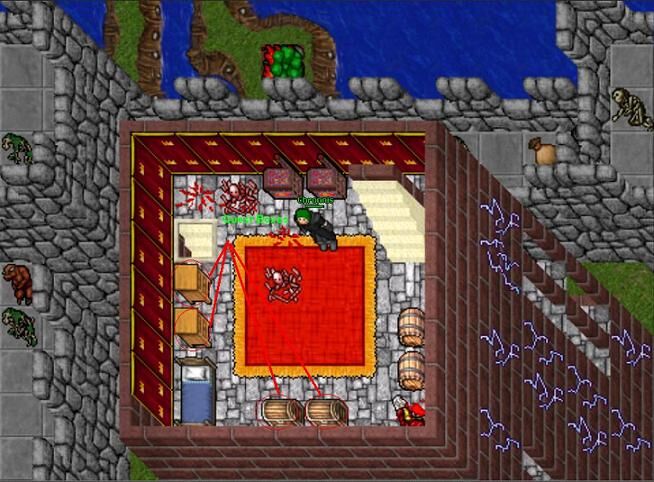 Retrieved from "https://tibia.fandom.com/wiki/Elvenbane_Quest/Spoiler?oldid=265159"
Community content is available under CC-BY-SA unless otherwise noted.