The Edron Academy Library is located in the fourth, central, tower of Noodles Academy of Modern Magic, three floors above ground. Telas's Library is located on the second floor of his house, here. The bookcases in the castle don't have any books. Some other books are scattered around the island of Edron. In addition, the Falcon Bastion, Cormaya, and Grimvale also house some books. 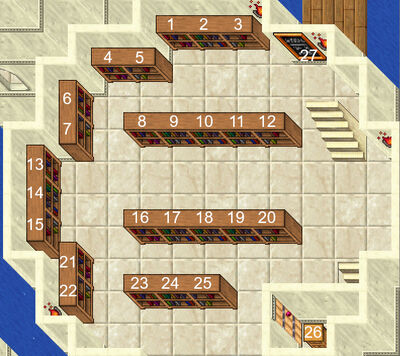 There are no empty bookcases in Telas's Library. 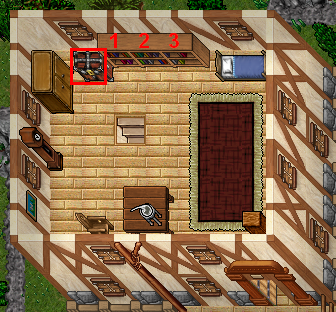 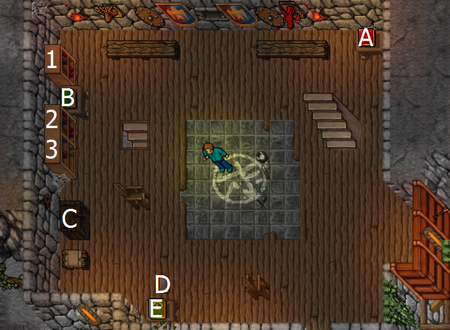 Loose books from A to E, with D being empty.