First, you need to make your way to Shadowthorn in the swamps south-east of Venore (follow the directions on the Shadowthorn page).

From here you can either go 1) above ground or 2) underground:

1. Above Ground
Enter the city and go immediately to the west and up the ladder. 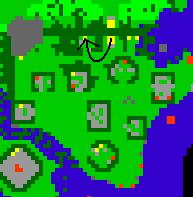 Follow the path west and south until you can see the large tower in the middle of the encampment, then go down the ladder. 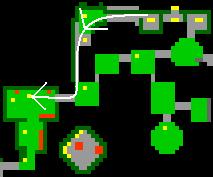 2. Underground
Enter the city and go immediately to the east and down the ladder. 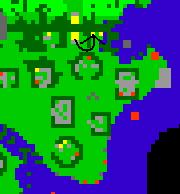 Follow the passage all the way south-west and go up the ladder.

Head east to the large tower and start going up.

The monsters are as follows:

Third floor : 2 Dragons (only accessible from above, they cannot reach you)

The rewards will be in two boxes in the last floor.

Retrieved from "https://tibia.fandom.com/wiki/Dragon_Tower_Quest?oldid=683835"
Community content is available under CC-BY-SA unless otherwise noted.