The Colossus Fortress is a giant statue shaped like a dwarf found at the main entrance of Kazordoon and is one of the many mysterious places there. The door that leads to it is locked and no obtainable key can open it. The fortress was revamped at the Winter Update 2010. It has also been opened to players on July 11, 2013, during the test server for the first part of Summer Update 2013 (Update 10.1).

A few NPCs react to colossus:

Never was up there to look at it. — Humgolf
The big fortress that guards our realm is shaped like a dwarf. — Kawill
NICE PIECE OF WORK. WOULD BE MORE FUN IF IT COULD MOVE AROUND... WE HAVE PLANS... — Talphion

Pieces of the Colossus 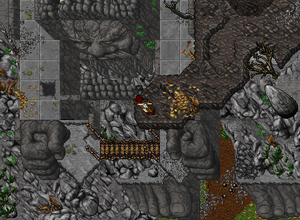 Revamped Colossus Fortress seen from above 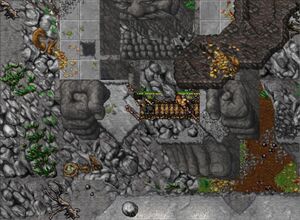 Opened fortress during a test server 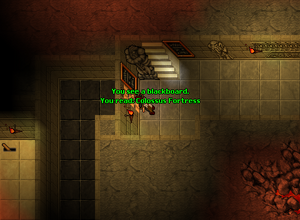 A locked door at the only path to the Colossus 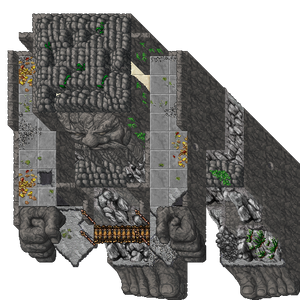 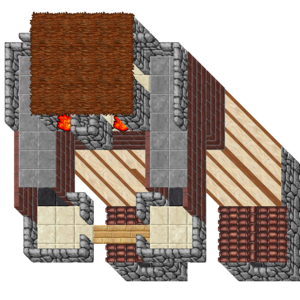 The old, not revamped version