The Honorary Barbarian or The Ice Islands Quest

Go to Sven west of the Svargrond depot, and then go south at the crossroad (it's a large building with lots of stools); ask him about taking the barbarian test. Give him a Honeycomb by saying "mead". For each honeycomb you will be allowed 20 sips, drink from the bucket until you drink 10 sips in a row without passing out. If you pass the sip this message will appear: The world seems to spin but you manage to stay on your feet. And if you fail: The mead was too strong. You passed out for a moment. (your sprite becomes that of a dead human for a couple of seconds). You can drink as fast as humanly possible. If you don't pass, try again, by saying "mead" again and giving him another Honeycomb. If you did it this message appears: You already passed the test, no need to torture yourself anymore. 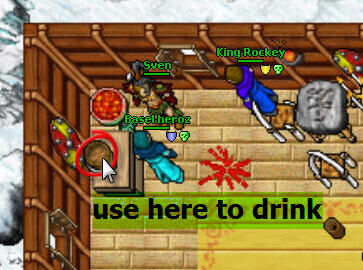 When you have done that he will give you a Mead Horn (Empty). Fill it with mead from the bucket behind Sven (brown contents) and then proceed to the sleeping bear. He is here, up a set of ramps, to the east of the arena ramps; the Carpet fly-er has set up his business up these ramps however you want to go west then north past the Carpet fly-er inside a small ice cave. Once you get through the giant ice area entrance go north until you hit a wall and follow it east. Use the Full Mead Horn on the bear so it becomes unconscious, then use the bear to hug it. Doing this also gives you the achievement "Bearhugger". Report back to Sven to complete the mission. 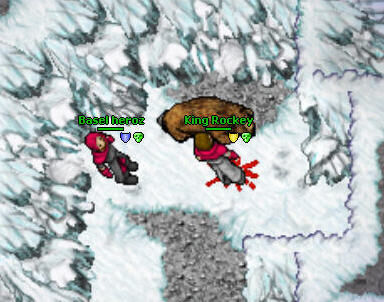 For the next mission you need to buy 3 mugs of mead from Dankwart (if you find some empty mugs you can fill them with beer from the cask underneath Sven, it will work too) nearby Sven. It is advisable to take a dwarven ring with you. Find the mammoth, which resides in the same icy area as the bear, but farther to the west here. Once you have found the mammoth, drink all 3 mugs of mead/beer and then use the mammoth to knock it over. Return to Sven when you have done so. 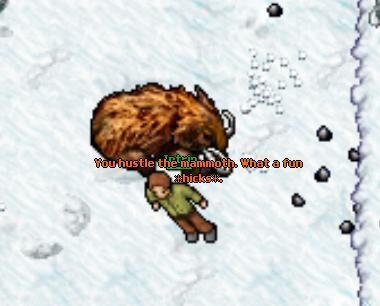 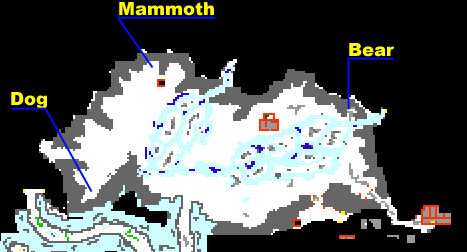 You have now completed the Barbarian Test Quest, which means you can now become a citizen of Svargrond, travel with Buddel, start the The Ice Islands Quest and fight in the Arena.

If you didn't pass the test, you will need more Honeycombs before you can try again. You will also have to talk to Sven again:

You have to repeat this until you have passed the test.

Retrieved from "https://tibia.fandom.com/wiki/Barbarian_Test_Quest/Spoiler?oldid=815911"
Community content is available under CC-BY-SA unless otherwise noted.