Some other books can also be found around the city. In addition, some more books can be found in the Kha'labal desert and the Kha'zeel mountain range. 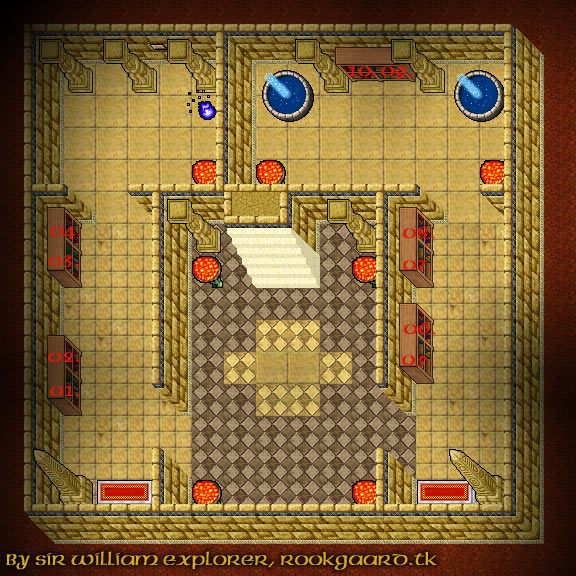 The Ankrahmun Temple is located in the east-central part of Ankrahmun, here. This is where a character can go to become a citizen of Ankrahmun. You can also accomplish this at any Temple in most of the cities in Tibia.

The Great Pyramid is at the center of the city of Ankrahmun. This is where the Pharaoh lives in his undying state. There are two floors of library in the pyramid, and a large tomb beneath it.

At the ground floor level of the pyramid, there are some bookcases. 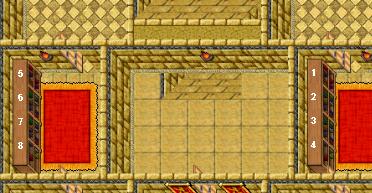 The first floor of the pyramid, right above the ground floor, has another series of bookcases.

The Serpentine Tower (here) is a mysterious place in Ankrahmun. It seems there have been spell studies on this place, and even today any sorcerer can go here to learn spells from the ancient teacher. There is also the White Pearl Quest on the ground floor. Underneath is a mysterious room, containing a Fire Elemental, Vampire and a Behemoth. The Fire Elemental can be released out of its room using a lever on the floor above. Below there is a room that is thought to be a joke of CipSoft. In this room are many strange items, including a Boots of Water Walking and a "portable hole". The portable hole appears to be one of the phases a SD rune or Death Strike takes as it hit the target. No one is yet to find out what it does. This room can be opened by using the switch underneath the Fire Elemental. No one so far has been able to free the Vampire or Behemoth, however, the Djinn that spawns down there and the 4 empty coal basins hold some thought. These 4 empty coal basins could be to do with the 4 monsters that spawn in the tower, but it is unknown. On test servers players have somehow released the Behemoth, whether this is with Gamemaster co-operation or not is unknown.

There is also another lever located beneath an energy field in the room with the Djinn. What it does is still unknown. 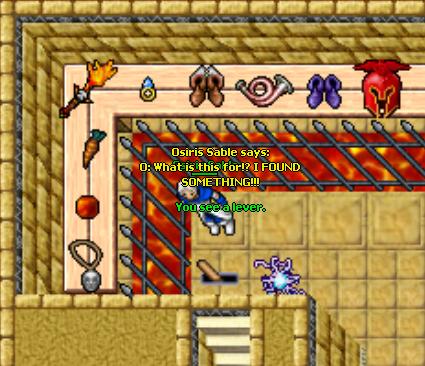 The tower is located south east of the depot and up one level. 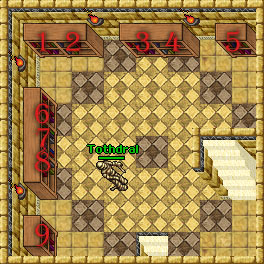 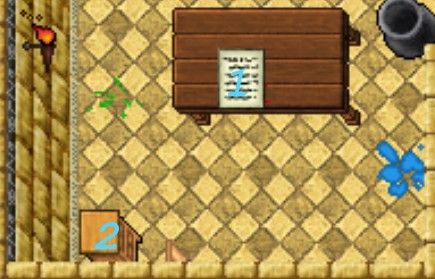 Below the library room is another room which contains: