View source
watch 02:17
New Pokemon Games - The Loop
Do you like this video?
Play Sound

A Father wishes to get his four sons gifts on their mutual birthday.

First of all, go to Edron and find the NPC Tereban. He is above the depot, at Mirabell's tavern (here). Ask him for a mission and accept it with yes.

You are asked to find rare components of items. These items are found in dungeons. You can do these missions at any time, in any order, and you don't have to report a completed mission before doing another. You will receive 2500 experience for each item you turn in. When you hand in the last of the items, you can finally receive the Old Cape as well as 8,000 additional experience and gold.

The items and the city they are closest to are:

Go to the Edron Wyvern Hill (here) and fight your way to the far east. On the north side there is a sealed door. Go in and up the ramp, kill Heoni (who is about as strong as a Wyvern) and use The Dead Heoni in order to obtain Strong Sinew. You do not have to kill Heoni yourself, just use the corpse.

Bring it back to Tereban by saying strong sinew. 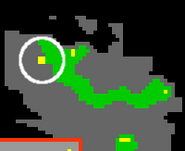 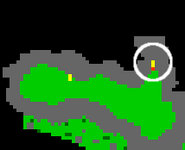 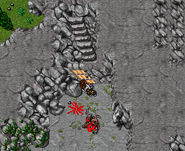 Go to Svargrond and travel with Buddel to the raider camps. Proceed north across the thin sheet of ice to Bittermor, the northern glacial camp. In this camp, directly north of the entrance, is a sealed door (here). Go in it and open the box to receive the Exquisite Wood.

Bring it back to Tereban by saying exquisite wood. 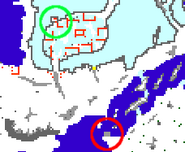 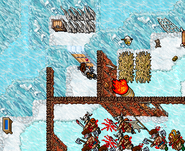 Go to the Isle of the Kings and descend to the 6th floor of the catacombs. Go north-west until the end and use a Pick in the shadow of a Stone Pillar (here). Go down the hole to the 7th floor and go west until you find the sealed door. Go in it and open the chest for the Spectral Cloth.

Bring it back to Tereban by saying spectral cloth. 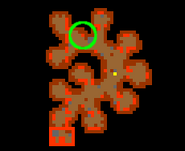 Use Pick behind the pillar. 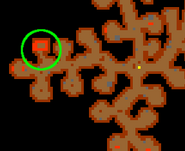 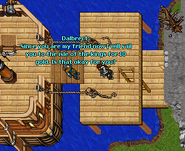 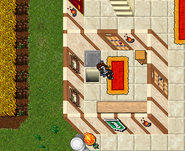 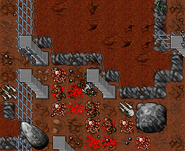 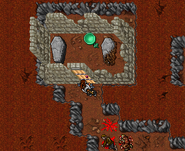 Go to the Zao Wailing Widow Cave, the entrance to which can be found north-east of the central orc camp (here). From the first floor ramp, go south-west and open the Spider Webs with your melee weapon or Firebug. Go through the web opening and down the ramp at the end of the passage. Now go south-west and follow the cave south, then south-east before it turns north-east. You will need to open another set of Spider Webs with your weapon or firebug before continuing north-east in search of a ramp along the southern wall of the cave. You are now at the final floor. Proceed west and go through the sealed door to a room with 4 Wailing Widows. Kill them and use the Spider Victim in the middle of the room to get the Exquisite Silk.

Bring it back to Tereban by saying exquisite silk. 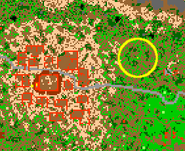 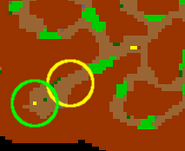 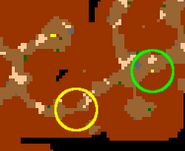 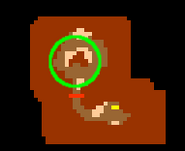 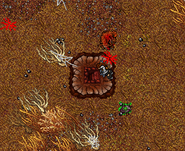 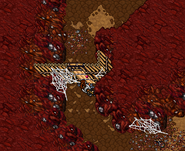 Go to Ankrahmun and exit the city from the north-eastern ramp. Follow the city's walls south to the south-eastern part of Darama. Dig for the Shadow Tomb (here), go in and down to the 5th floor. Go to the northern part of this floor (here) and find a sealed door. Go in and use the sarcophagus at the northern side of the room to obtain the Magic Crystal.

Bring it back to Tereban by saying magic crystal. 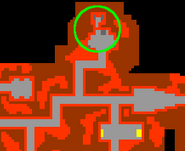 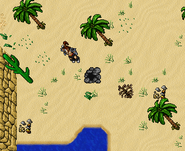 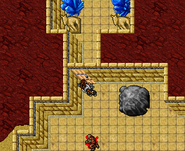 Go to Port Hope and head to Banuta. If you have a high enough Paw and Fur Society rank you can travel directly to Banuta via Lorek's ferry. When you reach Banuta, go down the southern-most staircase (here). You will face a lot of Apes here. Go north all the way (to here) and through the sealed door. Open the box to obtain the Mystic Root.

Bring it back to Tereban by saying mystic root. 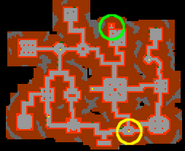 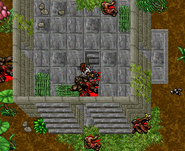 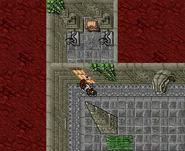 Go to Kazordoon and find the Steamship. You can travel directly from Cormaya or Farmine, walk through the city's mine or take the Ore Wagons. When you reach the steamship, go up from the steamship twice to reach the main floor with Dwarves and Dwarf Soldiers. Go south-west and down the hole to a single Dwarf Guard. Kill the guard and open the sealed door to the west of the room. Open the box to find the Old Iron.

Bring it back to Tereban by saying old iron. 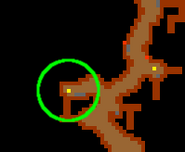 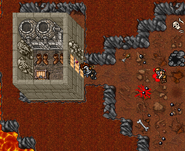 Go to Thais and follow the dirt path north to Greenshore. When you cross the bridge to Greenshore, search for a hidden pitfall behind a tree a few steps north of the ramps (here). Down there are Orcs and Orc Spearmen. Kill them and go down again, but be mindful of the traps on the floor which may damage you. Follow the cave south and kill the various Orcs before going down again. Go south a bit and then west all the way to reach the Greenshore Dragon Lair. Go up and kill the Dragon who is accompanied by a Dragon Hatchling. Find a thin corridor on the western part of the lair which leads to a sealed door. Go in and kill Glitterscale, who has about the same strength of a Dragon. When slain, use the Dead Glitterscale to obtain the Flexible Dragon Scale.

Bring it back to Tereban by saying flexible dragon scale. 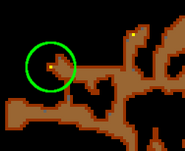 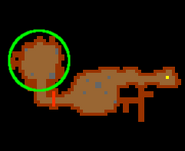 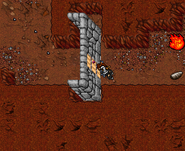