In Tibia all players spawn when they login. Despite this, the commonly used term to refer to players spawning is "logging".

In Tibia almost all monsters respawn at a certain rate or randomly on the game world in specific places. However, some monsters may only spawn as an event triggered by a player doing a quest.

Please note that creatures will only respawn if you are standing at least 7 squares away from them, or 2 squares off screen.

The rate at which creatures spawn is determined also by the amount of online players. The spawning rate is faster if there are many players and slower if there are few players.

Creatures also spawn in large numbers at planned times, in a certain area (like a city). This is called a raid, and the creatures will there even if there are players in those locations.

Spawns used to be set positions, but in recent updates they have become a little random (allowing a few spaces in any direction). The most recent change was in digging scarabs; now they will spawn anywhere immediately around the spot you dig them up from.

Many items in Tibia respawn after a certain period of time (like in some quests) or as daily respawns. A great percent of daily spawns is comprised of Rubbish. Some items may only spawn as an event triggered by a player when doing a quest.

Some Game Tokens such as Chess, Checkers and Tic-tac-toe pieces are daily respawns and can be found in all Game Rooms on certain cities. 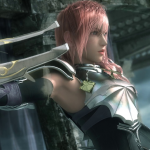