Crear un wiki
Mazinkeiser (formerly known as Mazinger-Z and Kool Aid) is a member of the Nine Inch Runes, former General of the Rookgaard Army (the original) and proud Martinus of Zoltan (Not to be confused with the NPC Zoltan of Edron).

Some of his family include his brothers Knight Fang, Ajax Thunderblade, Templar and Vuzufune. His sister in law Ruby Stone. And his adorable godmother Himmelhüpferin. He is a good friend and accomplice of Damorte of many adventures.

Mazinkeiser an apple enthusiast and avid collector, is rumored to own the largest Red Apple collection in Tibia. His collection of apples is estimated at more than 300,000. Some people call him "The Apple King", "The Apple Master", "Apple Man", "The Apple God", and so.

He is also known as an excelent and popular powerposter on the Tibia Forum, better known by his pen name MZ. 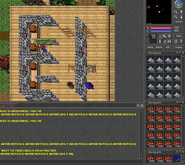 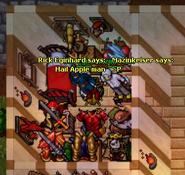 A gift from Wurzel. 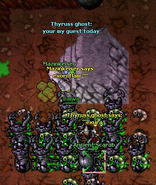 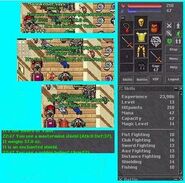 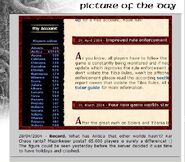